Telecity has suffered power outages at Sovereign House, one of the London data centers it is planning to sell as a condition of its planned acquisition by Equinix.

Sovereign House, which holds infrastructure for both the London Internet Exchange (LINX) and Amazon Web Services (AWS), lost power to four floors on the afternoon of Tuesday 17 September, when both primary and secondary power failed. A bid to repair its uninterruptible power supply (UPS) in the early hours of Wednesday morning failed, resulting in a second outage, and leaving the site operating with no backup power. 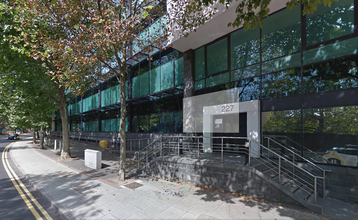 Sovereign House carries some ten percent of the UK’s Internet traffic according to reports, and has been owned by TelecityGroup since it bought RedBus in 2006. However, Equinix is in the process of buying Telecity and has been instructed to sell eight data centers, five of which - including Sovereign House - are in London.

Telecity has not issued any official explanation of the failures, but media sites including The Register have pieced together a sequence in which it appears an intial power problem on Tuesday was made worse by a failure of the UPS, which has yet to be fixed. Users reporting the problem have included EX Networks and Dotmailer.

An initial attempt to fix the UPS caused another outage in the small hours of Wednesday morning, and since then Telecity has reportedly been running on mains power without a UPS while it awaits parts from the manufacturer.

Big players such as Linx and AWS are routing around Sovereign House until the problem is addressed, but smaller tenants have no option but to sit tight and hope there are no further problems with the mains. AWS apparently lost packets on Amazon Direct Connect links during the first outage.

The repeated UPS problems have been raising eyebrows. If correct procedures were followed, Telecity should have been able to maintain and repair its backup power without any impact on the running of the site, using a manual bypass, DatacenterDynamics has been told. The initial problem was likely made worse by this being an older facility - newer sites tend to have “dual bus” power distribution, which should prevent this trouble.

With an older system, a failed UPS can be worse than no UPS at all, leaving a site down for an extended period while the mains is back up.

We have asked for a statement from Telecity and its PR firms, but have heard nothing so far.