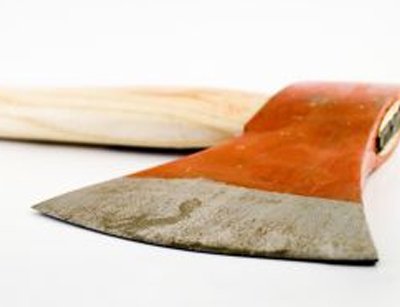 The catchphrase on its UK website reads “a cushion for your bottom line” but it appears that staff at IBM’s Strategic outsourcing Delivery division in the UK and Ireland may not necessarily agree after news this week that jobs are at risk.

IBM is just one major technology player which this year has said it will be cutting staff – in this case less than 100 staff face losing their jobs (a small amount in comparison to other recent announcements).

This week Cisco also announced it would be cutting 1,300 jobs in response to the current economic climate.

News agency Reuters said it received an email from Cisco saying the networking vendor was carrying out a set of limited restructurings “that will collectively impact approximately 2% of our global employee population”.

Cisco reported a 7% year-over-year provide in net sales with US$11.6bn in its Q3 results announced in May, with net income of US$2.2bn, an increase of 20% year-over-year.

At the time, Cisco chairman and CEO John Chambers said: “"We are successfully executing against our long-term strategic plan of growing profit faster than revenue, and in a cautious IT spending environment, we continue to outperform our competitors."

HP has also been working on restructuring its workforce – though details have not emerged yet of where the axe will fall. Many say HP will rely heavily on voluntary redundancy for many of its cuts.

It said the move would follow the simplification of business processes to make the company more competitive in the technology market.

Just this week, IBM announced US$25.8bn in revenue, with operating earnings per share of US$3.51 – up 14% year on year. But it said revenues were down for the quarter when based on last year’s figures, with a net income of US$3.9bn.

EMEA showed flat results - even slowing from last quarter’s growth rate - but its global services revenue was consistent with last quarter’s, with US$14.7bn in revenue and an expanded pre-tax margin by 3 points.

Much of this growth, however, was seen in growth markets, with Europe showing decelerated rates compared to the last quarter.

A global trend?
According to consultants Challenger, Gray & Christmas, cuts to technology positions now stand to be at their highest seen in a three-year period.

“It is the largest midyear total since 2009, when the sector announced 118,108 job cuts in the first six months of the year,” a report by the consultants said.

HP’s layoffs, however, still remain the largest seen yet. And according to the consultants, the industry should be prepared for more announcements in this vein.

“While consumers and businesses are spending more on technology, the

spending appears to favour a handful of companies. Those that are struggling to

workers to new projects or laying them off, altogether.”

The good news is jobs are expected to rise in the internet space, with companies such as Facebook undertaking aggressive hiring campaigns.