The total number of hyperscale data centers worldwide will reach 390 at the end of this year, according to Synergy research group.

The number is expected to increase to 400 in the first quarter of 2018, and hit 500 before the end of 2019. Synergy said there were just 320 hyperscale facilities in April of this year.

The study was based on the data center footprint of the 24 most prominent cloud and Internet service companies in the world, meeting the group’s definition of hyperscale operators, meaning they count hundreds of thousands, or even millions of servers across their networks. 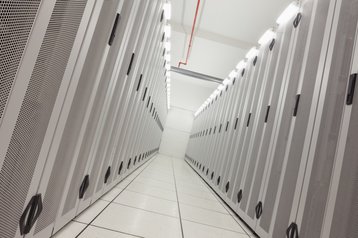 In Q2, the study states, projects in Germany, the UK, Singapore, Australia, Brazil and the US came to fruition, and the final quarter of the year saw hyperscale data centers built in China, India and Malaysia.

Unsuprisingly, the four main companies in terms of data center footprint were Amazon (AWS), Microsoft, IBM and Google, with at least 45 data centers worldwide and at least three in each of the APAC, EMEA, NAM and LATAM regions, followed by Oracle and Alibaba, with equally broad geographic presence.

Other companies, such as Apple, Twitter, Facebook, eBay, LinkedIn and Yahoo, featured majorly in the US in 2017, whereas others, like Tencent and Baidu, maintain a vast footprint exclusively in China.