Switch is planning a massive data center campus in Atlanta

Cloud and colocation provider Switch has set its sights on the Southeastern region of the United States, where it is planning to build yet another gigantic campus of over a million square feet (92,900 sq m).

When completed, ’The Keep,’ as the company has chosen to call it, will become the first carrier neutral data center built to Tier IV Gold standards in the region.

No time for super naps 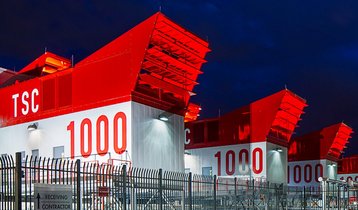 The Keep will also become Switch’s fourth availability zone in North America, after Las Vegas, Tahoe Reno in Nevada, and the Grand Rapids in Michigan, all of which are up and running but at different stages of deployment.

Switch also runs a SuperNAP facility in Milan, based on its Vegas campus design and built in partnership with the ACDC Fund. There is another facility underway in Thailand, this time developed with partners CPB Equity Kasikorn Bank, Siam Commercial Bank and True IDC.

The Atlanta facility will run on 100 percent renewable energy, following on the company’s promise to do so for all of its data centers after joining the American Business Act on Climate pledge in 2015.

Details of the development and its anchor clients will be announced at a later date.