Deal for refurb firm expected to complete in March

Founded in 2001, ETB Technologies is based in Scotland and sells refurbished servers, storage, and network equipment. Röko has agreed to acquire the majority of shares in the company.

Terms of the deal were not shared, but it is expected to close in March. 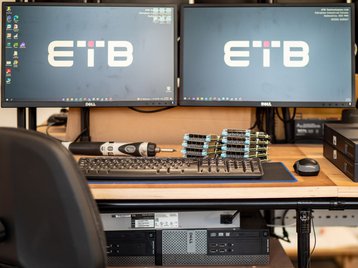 Founder Nick Stapleton will remain in his role as Managing Director. Joining him on the board will be Röko founder and chairman Tomas Billing, and Anders Norby, investment manager for Norway and the UK. There are no further intended changes to operations.

Stapleton has said of the acquisition: “Over the last two decades, we have built ETB to become a multi-million-pound business and a major employer in the South of Scotland. As we have grown, this has attracted more customers internationally, with 40 percent of our customers based in the EU and we recognize the potential to increase this.

“While ETB has previously attracted investor interest, it was a must for me that any potential partner would support our growth while allowing us to retain our culture and independence. Bringing Röko on board will not only add to the company’s financial strength, it will also support our growth internationally while allowing us to continue operations as they currently exist.”

While Röko also owns other UK businesses, such as Rocket Medical and Sixty Stores, this investment will mark their first acquisition of a company based in Scotland, and of a company specifically in the refurbished IT equipment market.

Röko's Norby said: “As the business is based on making a difference to the community while contributing to sustainability goals by extending the life of IT hardware, we truly believe the company is in a strong position to achieve further growth. The organization is an incredible success story, and we look forward to working closely with Nick and the wider team to achieve its bold growth ambitions.”