The facility is the first of five planned by the company

The facility has obtained a Gold Leadership in Energy and Environmental Design (LEED) certificate. It is fully self-sustainable, producing its own electricity on-site using Bloom Energy fuel cells.

The center was oficially announced this week, but was actually opened in late 2016.

So fresh and so green 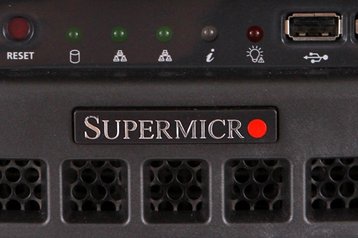 Supermicro logo on a workstation – Supermicro

The 182,000 sq ft facility is part of the 1.5 million sq ft industrial park and will serve as a final assembly and distribution center for the company’s server and storage products.

Supermicro estimates that the Bloom Energy fuel cell system will save $30 million in energy costs, representing a 20 percent saving over the next 10 years. The system allegedly achieves this by delivering higher efficiency, reducing greenhouse gas emissions and avoiding the use of petrochemicals.

To save on cooling costs, the company used low volatile organic compound (VOC) paint during construction. It has also installed an eco-friendly heating system and  LED lighting throughout the facility.

The second of the five planned assembly and distribution centers is due to be up and running by August 2017.