A sunspot could potentially release a strong solar flare today, threatening to cause potential communication issues for satellites.

Sunspot region 3089 is one of four sunspot regions being monitored that could release a large solar flare that could impact satellites in orbit. A geomagnetic storm is being predicted in the coming days. 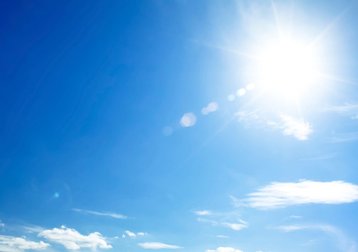 “This sunspot region was active a few days ago but has quieted down considerably. Remarkable as it does have a magnetic delta structure,” SpaceWeatherLive, which tracks real-time auroral and solar activity, stated in its latest report on the sunspot region.

While the flare would be unlikely to hurt us, it could cause considerable disruption to communications. SpaceWeatherLive predicts there is a 25 percent chance of an M-class solar flare, which could cause some radio blackouts on the daylight side of the Earth.

There is a 10 percent chance of an X-class solar flare, which could create extreme radio blackouts and potentially create a ‘strong and long-lasting solar radiation storm.'

“If they’re directed at Earth, such flares and associated coronal mass ejections (CMEs) can create long-lasting radiation storms that can harm satellites, communications systems, and even ground-based technologies and power grids,” the US space agency NASA has warned.

“X-class flares on 5 December and 6 December, 2006, for example, triggered a CME that interfered with GPS signals being sent to ground-based receivers... With advance warning, many satellites and spacecraft can be protected from the worst effects.”

Likewise, NOAA’s Space Weather Condition Center is predicting there is a 10 percent chance of an R3-5 Radio Blackout today, which range from Strong to Extreme. R3 would see wide area blackout of high frequency (HF) radio communication and loss of radio contact for about an hour; R5 would see a complete HF radio blackout on the entire sunlit side of the Earth lasting for a number of hours.

The NOAA SWPC has already issued a moderate G2 geomagnetic storm warning for this coming week.

Experts warn that severe solar storms could even result in widespread blackouts, with Dr. Mike Hapgood, chair of the Space Environment Impacts Expert Group (SEIEG) telling The Independent that such an event could wreak havoc with GPS systems.

The sun is heading towards the peak of its 11-year solar cycle, meaning more solar flare activity is likely over the next few years.