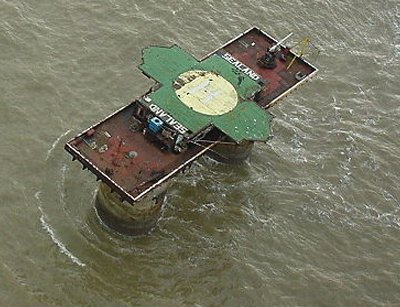 As Julian Assange enters the final stage of his extradition battle in the UK today, Fox News has reported the WikiLeaks founder is looking to place servers in the ocean with Sealand - an unrecognized location and self-appointed state – being named as one considered location.

By storing its servers on the fort in the North Sea, WikiLeaks believes it could avoid prosecution because of national rules on data.

The report said that Assange’s backers were in talks to buy a boat to put servers on, the day before Assange appealed against an extradition request by Sweden which wants to question him on sex charges following the WikiLeaks releases in August 2010.

WikiLeaks servers are currently residing in Sweden and Iceland but it is still debatable if Assange and WikiLeaks will be any safer in international territory, as prosecution also rests on the residence of the disseminator of the data, Center for Democracy and Technology VP Jim Dempsey told Fox News.

Despite this, the report said one location being considered for the data is the Principality of Sealand, an independent sovereign state formed from an old military fort in the ocean off the coast of Sussex in the UK.

According to the report, the self-appointment Prince of Sealand has marketed the platform as a “haven and supporter of internet freedom” and said the platform is already equipped with strong internet connections.

It is not the first time a boat has been considered for a data center. In September 2008 it was reported that Google was planning offshore data boats, and last year, the owner of the Pionen data center, which once hosted WikiLeaks servers, told DatacenterDynamics his next data center could be on a boat.

Fox News said it found out about Assange’s plans through a member of the hacker community close to the Australian.

The source said: “They can keep running WikiLeaks and nobody can touch them,” referring the legalities of maritime law.