After an $850m cash injection in February

The company’s second facility in the city will be built across multiple stories and have a 20MW power capacity. Once built out, Stack will have a total capacity in Chicago of 33MW. 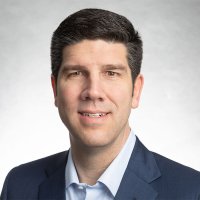 The colo company did not detail a schedule for construction or the overall size of the second facility.

Stack’s first Chicago data center used to belong to T5 Data Centers before the company combined facilities with IPI Partners in January of this year. As a newly formed company, Stack inherited eight data centers made up of Infomart's facilities in Ashburn, Virginia; Portland, Oregon; and Silicon Valley, California - along with T5's data centers in Atlanta, Georgia; Chicago, Illinois; and two in Dallas/Fort Worth, Texas.

In February, just one month after Stack was formed, the company secured an $850 million investment to build more data centers and grow the company’s footprint in the States.

Brian Cox, Stack CEO, said: “Chicago is one of a number of important and growing markets for our clients, and as a result, it is a key market for Stack. We’re committed to investing here so that we can continue to support our clients and stay ahead of their needs. In keeping with our core commitment to being a trusted partner, this project delivers on our promise to strategically evolve and align our offering with our clients’ growth trajectories.”

Illinois recently implemented sweeping tax breaks for data center developers in the state. The new law brought in a sales tax exemption on computer equipment as well as a 20 percent income tax break for data center operators. In order to qualify for the tax breaks, data center owners and tenants will have to invest a minimum of $250 million in capital expenses in the state within a five-year period.

In the next issue of DCD Magazine, out soon, we talk to Brian Cox about his company's plans for the future. Subscribe for free today.