Singapore-based ST Telemedia is buying a stake in MediaHub data center based in the Buona Vista business park, also in Singapore.

Announced in November 2013, MediaHub is located at one-north, a 200-hectare business park in Buona Vista developed by JTC Corporation. Scheduled to open by first quarter of 2016, the six-storey building is built on 8,590 sq m of land area, and including a basement, will offer an estimated gross floor area of 21,400 sq m when completed. 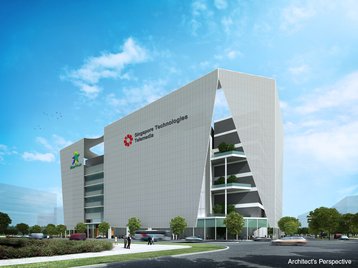 The partnership will see the facility operated by STT GDC as a carrier-neutral Tier 3 data center, which is expected to achieve the BCA Green Mark GoldPlus certification. Under the terms of the deal, StarHub will sub-lease space of not less than 65 percent of the total gross area of the facility; its media headend, social analytics lab and production studio will be housed within the facility.

Moreover, the location of MediaHub also complements the ST Telemedia’s new 150,000 sq ft facility that will serve as its flagship data center at Defu Lane. Announced in March this year, Defu Lane is located to the Eastern part of Singapore while MediaHub is located at the outskirts of the CBD area to its West.

“The collaboration will provide StarHub with greater financial flexibility for fund deployment and value enhancement but more importantly the ability to offer its customers a broader offering in this space within Singapore and beyond,” said Sio Tat Hiang, executive director of ST Telemedia in a statement. “It will also allow ST Telemedia to expand its Singapore data center footprint in addition to our previously announced Singapore flagship asset.”