American storage specialist Spectra Logic has unveiled a tape library that can fit up to 2,000 Petabytes of compressed data into a single system – making it the largest single data storage machine in the world.

The company has achieved this by adding IBM’s latest tape drives and cartridges to its TFinity ExaScale system – previously capable of storing up to 1,500 Petabytes.

The new drives will be commercially available from Spectra Logic in December. 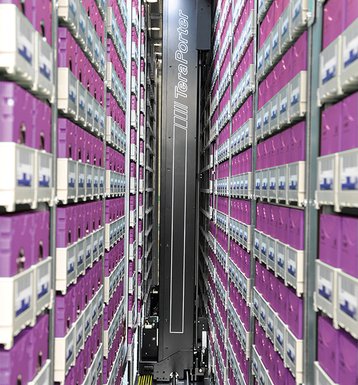 Magnetic tape was invented in 1928, and first used for storing computer data by the Univac 1 in 1951. It offers long access times and slow data transfer rates, but it is by far the most cost-efficient way to store information, averaging just a few cents per GB. Tape libraries don’t consume power when idle and can reliably keep data for 30 years.

The IBM TS1160 is a brand new format for tape libraries: the sixth generation tape technology, launched earlier this year, enables customers to write up to 20TB of raw data onto a single cartridge, with throughput of up to 400 MB/s. For comparison, the previous generation TS1150 systems, launched in 2017, would max out at 15TB and 360MB/s.

Spectra Logic has adopted the new tapes for three products - TFinity ExaScale T950, T950v and T380. When fully populated with new drives and tape, these systems can store up to two Exabytes of data. They also fully support the older TS1155 and TS1150 products, and can read from even older cartridges – but not write to them.

“To achieve this level of technological advancement, a new custom ASIC chip was developed by IBM; one that will be used in future generations of TS and LTO enterprise tape technologies, including LTO-9,” Nathan Thompson, CEO of Spectra Logic, explained.

“Ongoing engineering feats such as these underscore the value and longevity of tape technology and validate Spectra’s commitment to offering best-in-class tape solutions that align with tape’s extensive roadmap.”