During the first stage of the upgrade, IT bosses of the €2.6bn business have judged that the company’s 1200 desktop computer users could be better served using a virtual desktop infrastructure (VDI). Existing desktop computers, servers and server-based applications have been replaced by a VDI implementation, supported over a converged storage networking and computing infrastructure. 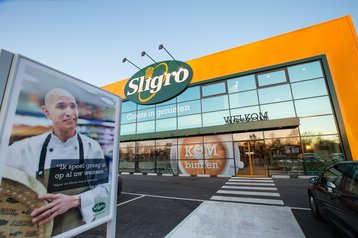 A Sligro store in the Netherlands – Nutanix

The new infrastructure will be able to handle other workloads beyond VDI in the future, according to Sligro CIO Maurice van Veghel. But the most immediate impact has been a saving on PC support. The lack of in-house skills needed to support traditional storage area networks (SANs) was another major problem which convinced the data center manager to embark on a migration project.

“Initially we tried Nutanix’s solution to prove the concept, ensure its resilience and evaluate its ease of management,” said van Veghel. “Adding extra nodes is incredibly easy, enabling us to scale performance and capacity in a few minutes.”

The distributed file system and automated migration of ‘hot data’ proved the major advantages in the data center infrastructure migraton, said van Veghel. ”There are none of the technical or management overheads associated with a traditional SAN,” he added.

Sligro has migrated other critical business applications running on VMware, replacing 42 conventional server hosts and a traditional IBM storage network. Next, it will virtualise its Microsoft Exchange and SQL.

“We needed a scalable platform but it needed to be simple to manage,” said Rob Maas, Sligro’s technical infrastructure architect.