£20m grant for ‘the largest GPU facility in the UK,’ an ARM testbed, a large-scale data simulation supercomputer, and more

Six high performance computing (HPC) centers will be formally launched in the UK this week with £20 million ($25m) in funding from the Engineering and Physical Sciences Research Council (EPSRC), a government body.

The centers will be located in the universities of Cambridge, Edinburgh, Exeter, Oxford, Loughborough University, and University College London. 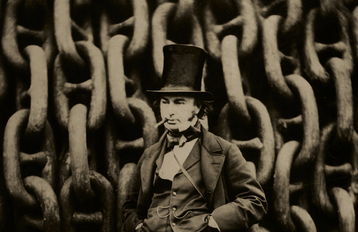 “They are important because they address an existing gulf in capability between local university systems and the UK National Supercomputing Service ARCHER. Many universities are involved in the six new centers, and these will give more researchers easy access to High Performance Computing.”

The six facilities are as follows:

Named after Victorian engineer Isambard Kingdom Brunel, the center will use 10,000 high-performance ARM cores ‘to provide access to a wide range of the most promising emerging architectures.’

Named Thomas after polymath Thomas Young, it will be available to members of the Materials and Molecular Modelling (MMM) Hub as well as the wider MMM and Tier-2 communities.

Based at Loughborough University’s Science and Enterprise Park, it will be used to create complex simulations and process vast quantities in fields such as engineering, manufacturing, healthcare and energy.

The Edinburgh Parallel Computing Centre (EPCC) is making its HPC system Cirrus five times larger. A data storage facility is being added to allow researchers to store and share data between different supercomputers.