Singapore aims high in green IT 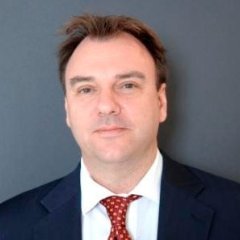 Despite being a leading data center hub in South East Asia with 60 percent of the market, Singapore is working hard to ensure its continued edge in the data center space. The Singapore government has embarked on a long-term plan to establish itself as the dominant player in green IT.

The latest Singapore initiative started at least two years ago, with the commissioning of a 16-month research study by i3 Solutions Group to identify ways to reduce energy consumption in data centers. It was also tasked with drafting a roadmap to make it happen. The findings were published in the Green Data Center Technology Roadmap in July 2014, and can be downloaded here (pdf).

To understand more about what is at stake, DatacenterDynamics spoke with Ed Ansett, the chairman of i3 Solutions Group about the work.

“One purpose of the study was to set up a framework for the reduction of energy consumption in the data center. This would allow Singapore to continue attracting inward investments and help it maintain its position as a data center hub,” said Ansett.

“The other point was the government wants Singapore to become a dominant player in green IT, and to practically implement these recommendations and suggestions in the roadmap in Singapore data centers.”

The study proved to be a wake-up call to dispell complacency. In his presentation at the inaugural Singapore Data Center Week on October 13, Ansett publicly observed how Singapore’s dearth of renewable energy meant that it has no advantage as a green data center hub.

“If you look at Australia, the data centers there have massive solar arrays on their roofs, or access to wind energy,” said Ansett. “Those are not much of an option for us here. We can do solar to a limited degree. Wind isn’t an option.”

Moreover, probably the biggest challenge that Singapore faces has to do with its perpetually hot and humid climate, especially from a cooling point of view. The completed study contains a lot of suggestions on this topic, said Ansett, though he stressed that they would not be anything that 'ordinary people' would be concerned about.

Green IT versus renewable

Given the inherent limitations born out of its location, is there anything that Singapore can do where green IT is concerned? Apparently, the answer is yes, though one must first distinguish between renewable energy and green IT and the different topics that they represent.

While renewable energy is about tapping into sources such as wind and solar energy, the latter is really about using less energy to do the same work, culminating in fewer carbon dioxide emissions.

On this front, Ansett highlighted how 10 watts of power required by a software task would actually require approximately 16 watts after factoring in the overheads of the physical IT equipment. Due to transmission losses however, this increases to a staggering 32 watts that has to be generated from the power utility company.

“On-site generation using gas is a much greener technology, or certain types of fuel cells,” noted Ansett. “They are not renewable, but their efficiency is much higher than the utilities.  Certainly, there is much research that can be done to reduce transmission loss, as well as to optimize software to play a bigger role in energy efficiency within the data center.

Becoming a dominant player in green IT

Singapore is no stranger to daunting challenges that most countries never encounter and to overcoming them over a span of years or even decades. To address its limited land for example, the country has embarked on relentless land reclamation projects that saw Singapore expanding its usable land by 20% over the course of four decades.

In addition, ambitious projects like the S$226 million (US$180.7M) Marina Barrage saw the building of a dam across the Marina Channel to create a massive 10,000 hectares fresh water reservoir out of the sea, even as S$950 million (US$759.8M) was spent over 14 years to build the Jurong Rock Caverns to yield 1.47 million cubic meters of underground storage space for the pivotal petrochemical industry.

So if there is someone who can pull something like this off, it may be the Singapore government. Certainly, the government had already set aside S$100 million (US$80M) to fund major R&D initiatives that include research into green data center operations.

Indeed, Ansett himself noted that organizations would only go green if it is in the interest of their shareholders, implying that it is unlikely for green IT change to be affected from commercial businesses.

“The difference here is that, this is the first time a government anywhere in the world has got behind a complete study in green data center technology. It has got the information, the question is where do we go for them,” said Ansett, who noted that things are “centrally driven” here, unlike the situation in some other countries.

“Singapore is in a unique position to become a data center center of excellence from an energy point of view. I think there is a great opportunity if Singapore wants to take it,” he said.