The second phase of the Silver Line train track has opened, adding 11.5 miles for $3 billion.

The extension connects Washington DC to Dulles Airport, and on to the data center hubs of Loudoun and Ashburn. 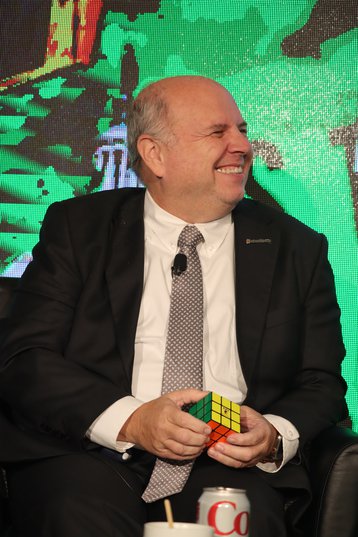 The project was formally approved in 2004, but had already been in the works for years - and efforts to connect Dulles Airport date back to its opening in 1962.

The extension was originally set to open in 2018, but was beset by delays that repeatedly pushed the date back.

Ironically, one of the planning issues which helped delay the arrival of public transportation into the heart of data center territory was the data centers themselves - specifically, a proposal for a new data center near the line.

Developer Blackchamber proposed a 530,000 sq ft data center at Innovation Station at the Innovation Center by Dulles Airport, on the border of Loudoun and Fairfax Counties. The proposal was eventually because it conflicted with Loudoun's plans for mixed-use developments such as Waterside and Rivana around the station.

Loudoun County's plan sees the area around that station evolving into a densely-developed mixed-use "urban transit center" where data centers wouldn't be at home. Blackchamber has come back with a plan for two data centers "with an office-like appearance," according to Washington Business Journal.

"We want people to ride the metro to DC and we want people from DC to come out here," Buddy Rizer, the head of the economic development department for Loudoun County, told DCD at his office just a few minutes away from the new Ashburn station.

Rizer has been crucial in the rise of data centers in the region, helping make it the world's largest concentration of such facilities.

This has led to significant tax benefits, although there has been some pushback over the visual appeal of data centers, and power concerns.

Now, Rizer said that he hopes to foster a more diverse mix of businesses in the region, although still expects data center demand to grow.

"You've got to create an actual place around metro," he explained. "It doesn't make sense that it should be all one thing; you want housing, you want retail, you want restaurants, you want offices, you want that mix."

He added: "We're trying to build other opportunities, we want a diverse and sustainable economy. Even the data center sector wouldn't believe that it makes sense to have all of your eggs in one basket."

The full interview with Buddy Rizer will be in the next issue of the DCD Magazine, out next month.