Last week, a faulty router took down parts of the United Airlines network, leading to 61 flight cancellations in two hours - but the situation could have been avoided if United deployed a software-defined wide area network (SD-WAN), said Hector Salas, principal solutions architect at CloudGenix.

Salas suggested that the “network glitch” managed to cause so much misery because the router in question wasn’t linked to a unified control fabric, and didn’t have visibility into the rest of the network. 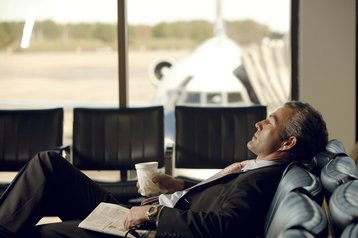 Last Wednesday, the United Airlines had to stop all of its departures for nearly 90 minutes, causing 1,162 flight delays and 61 flight cancellations across the US. Quite predictably, this resulted in lost revenues and thousands of very angry customers.

According to the statement from the company, the “glitch” was caused by a single, faulty router in its wide-area network (WAN). United previously experienced problems with its computer systems in 2012 and 2014, also leading to delays and cancellations. Several analysts have blamed the most recent issues on complexities of enterprise networking.

“Whether it’s a router protocol misconfiguration or an incorrect access control list entry, the problem is that each router is a control plane island, connected to other control plane islands. Each one is limited in its visibility to one another and none have a view of the entire network, much less the applications that rely on them,” Salas wrote.

“An SD-WAN is fundamentally different because the primary control plane functions are centralized, in unified control plane. This eliminates the concept of the router as an independent island and enables you create an end-to-end secure fabric.”

On the same Wednesday, the New York Stock Exchange suffered an outage while The Wall Street Journal’s homepage went down – believed to be a victim of a cyber-attack. The incidents were not related.