Infrastructure issues need to be addressed to unleash the potential

The Scottish datacenter market is set to grow almost four-fold by the end of 2019, according to the first a new series of reports from Research and Markets. Datacenter Scotland 2016 identifies existing datacenters in Edinburgh, Aberdeen, Glasgow and Dundee, with another three planned for the near future.

The report highlights currently planned build outs as DataVita (Lanarkshire), the Blair Farm Datacenter (Fenwick) and the Queensway Park Datacenter (Glenrothes) – but there is a catch. The last two of these datacenters are seeking “anchor tenants”, clients who will commit to buying space long term, before progress can be made. 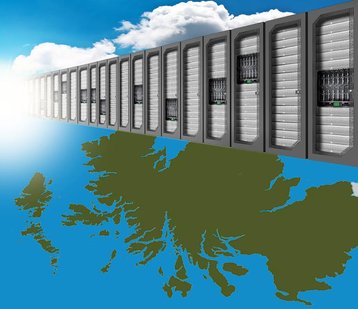 The DataVita facility (above) is the only definite site and is planning to be operational in June. Holding an UpTime Institute Tier 3 design certificate, it will be the first purpose-built cloud facility in Scotland, with potential space of up to 4,000 square metres.

Authors of the report estimate there are currently five third-party datacenter providers with a total of eight facilities in Scotland, accounting for 11,000 square metres of space and 13MW of power. This represents around two per cent of the UK’s capacity at the moment, and the prediction is that Scotland’s share will double by 2019, assuming the current projects reach completion.

Government support is essential and the Scottish parliament is promoting datacenter space to help attract customers. The paper says that this is not enough and points out several infrastructure changes that need to be addressed to improve Scotland’s standing.

While there is a demand for cloud, hosting and colocation services from particular segments such as healthcare, life sciences, large enterprises and the public sector, this would be boosted by better connections to international cables. Current connections go through London or the Shetland Isles and if latency issues are to be addressed, there is a need for a more direct link across the Atlantic to attract the larger multinational corporations. 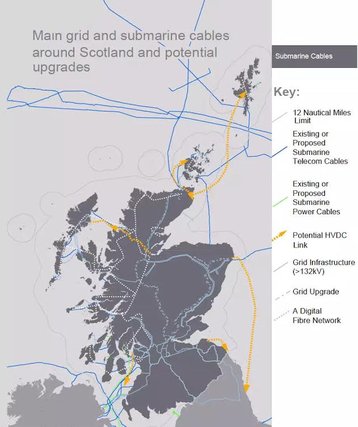 Even the upside of plentiful sources of renewable energy is blighted because the “Big Six” energy providers are reluctant to offer renewable power to new datacenters. Renewable energy is only available from small, local suppliers. This brings on the cost issue because power supplies in the UK generally cost more than Scotland’s near-neighbours: Iceland, Norway and Sweden.

Datacenter Scotland 2016 concludes that, if these issues are resolved, there is ample opportunities for Scotland to take a larger share of the UK market. It notes that the South East England bias for sites is fading as companies across the nation move away from on-premises datacenters. With its own ecosystem, especially fibre & IP connectivity and its own pricing regimes, the small Scottish datacenter market has the potential to grow even faster.