SBA owns cell towers in the US, and plans to use these and its data centers to get into Edge computing. JaxNAP takes SBA to two data centers, with its previous purchase of Continuum Data Center in Chicago. The facility houses the Jacksonville Internet Exchange and connects to a cable landing station which serves three international communications cables: the America Movil Submarine Cable System-1 (AMX-1), CONFLUENCE-1 and the Pacific Caribbean Cable System (PCCS). 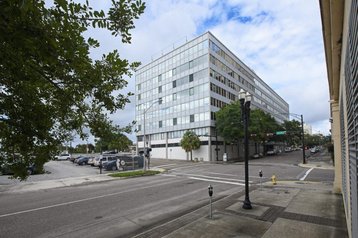 Don’t be in the loop, own the loop

The deal, first reported on by LightReading and followed-up with a debrief of the company’s earnings call by Data Center Frontier, reflects wireless providers’ plans to develop distributed computing capacity by deploying their own data centers and edge modules at the base of cell towers.

SBA installed its first edge module at the base of a telecom tower in Foxborough, Massachusetts, where it houses bare metal cloud provider, Packet. Also moving in this space is rival company American Tower, which recently rolled out its own edge service, leveraging the ColoATL data center it bought last year, as well as edge modules at tower bases in Atlanta, Jacksonville, Denver, Boulder, Austin and Pittsburgh.

SBA President and CEO Jeff Stoops explained that for the company, a push to the edge would allow it to provide low latency connectivity to wireless networks, citing at least 8,000 (out of a total of 30,000) of its own “pre-qualified tower sites in the U.S.” with the required space, power and fiber to deploy edge modules.

He added: “These tower edge data centers will provide co-location options for customers computing infrastructure with connectivity to a larger metro data center for Internet or private network connectivity.”

The acquisition, he continued, will hopefully give the company the operational understanding of data transmission and connectivity across different networks, from “large storage to moderate size and then ultimately out to the edge.”