The Saudi Press Agency reports that the telco will build a total of 125MW of capacity across a total of more than 180,000 square meters (1.9 million sq ft) of land in a SAR1.5 billion ($400 million) expansion project.

The company said construction of data centers at six sites is now underway, and expected to be completed in 12 months. At full build out, the telco’s data center portfolio will total 16 data centers that include 17,000 storage units, serving eight parallel sites distributed over six cities including Riyadh, Jeddah, and Dammam. 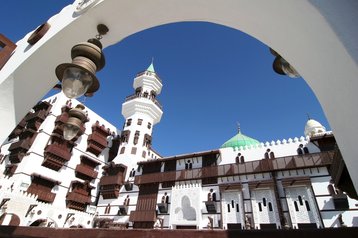 “We have ambitious plans for the group’s data centers that will implement the infrastructure in the region. STC seeks to be the leading data platform in order to support the demand for international calling,” said Haitham Al-Faraj, chief technology officer at STC. “We aim to expand and equip our existing centers to meet the increasing demands of our clients in the future. One of the solutions we offer is a central solution by replicating a standardized data center design and can double the existing digital power capacity to more than 300MW by responding quickly to local market demand.”

STC CEO Muhammad Al-Abadi, added: “The data centers put the STC group in the first digital position. These centers are in line with the objectives of Vision 2030, as they contribute to the Kingdom becoming a center for digitization, as well as attracting local and foreign direct investments.”

In January STC launched two new data centers in Jeddah and Al-Madina, with a third in Riyadh due to come online soon after.