Yarovaya’s law gets made in China with help from Huawei

Russia is implementing various elements of China’s Great Firewall into its own ‘Red Web’, The Guardian reports, in an “unprecedented cyber collaboration between the countries.”

LinkedIn’s recent ban in Russia is just the beginning of a push to control national Internet, with legislation announced this month giving the government oversight of the structure of the network, including fiber optic cables, domain names and exchange points. Legislation passed this summer, popularly known as Yarovaya law, requires telecoms and Internet providers to store users’ data for six months, and metadata for three years. 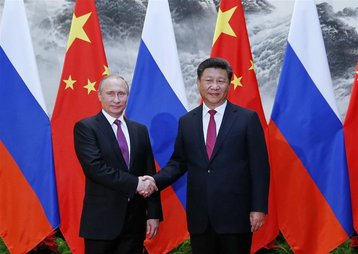 The UK publication claims several high-level meetings have taken place in Beijing and Moscow this year between delegates including Lu Wei, the head of China’s state Internet information office, Fang Binxing, the ‘father’ of the Great Firewall and Igor Shchyogolev, President Putin’s assistant on Internet issues and former minister of communications.

Russia is not just interested in the various filters and algorithms, but also the hardware that makes the Great Firewall possible.

As our own Russian expert Max Smolaks noted this summer, Russia simply does not have the storage systems in place to pull off implementation of Yarovaya law. The solution, it seems, is in the hands of Huawei.

While western products have mostly been banned by sanctions, China has been happy to trade with the embattled state.

Major Russian military contractor Rostec and the country‘s largest telecoms company Rostelecom formed a joint venture called Bulat earlier this year to deal with Yarovaya law. Reports have come out since August that Bulat has been courting Huawei and possibly Lenovo as companies that would build the storage required. Huawei would receive a minority stake in Bulat, reports claimed.

Huawei, officially an employee-owned corporation, has long been subject of speculation over who actually controls the technology giant. Many claim the company receives its orders from the government, although it has also been linked to the Chinese military.

Huawei has always maintained that it is owned by its employees, and refuted suggestions of state interference. The company has effectively been banned since 2012 from operating in the US network equipment market, with the US government citing a potential national security risk.