IBM’s CEO Ginni Rometty has sent President-elect Donald Trump a letter explaining how her company, and technology in general, could improve the United States and save money. 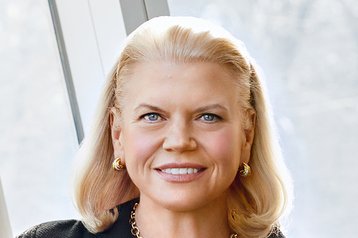 Getting on the Trump train

“I know that you are committed to help America’s economy grow in ways that are good for all its people,” Rometty said.

“I am writing to offer ideas that I believe will help achieve the aspiration you articulated and that can advance a national agenda in a time of profound change.”

On infrastructure, she elaborated: “You’ve said we need to invest in America’s infrastructure, and we agree. As we build big, let’s also build smart. The country should focus on infrastructure investments that incorporate Internet of Things (IoT) technology and artificial intelligence to improve performance. And as infrastructure gets smarter, it also increases the need for cybersecurity, so that vital networks cannot be compromised. We recommend that your infrastructure package include incentives for states and localities to build intelligent – and secure – roads, bridges, buildings, and other public facilities.”

Trump has indeed talked a great deal about rebuilding America’s infrastructure, but has said little about how technology will play a part in the $1 trillion of investment he hopes to be spent (primarily by businesses) on infrastructure.

He has also shared some thoughts and policy plans on cyber security, but primarily focused on the ability to launch “crippling cyber counter-attacks” on nation state actors.

On cloud and federal data center consolidation, Rometty added: “Eight years ago, IBM helped lead an effort to identify $1 trillion in savings the federal government could achieve through using advanced data analytics, data center consolidation, and the use of cloud technologies to improve the cybersecurity of key government systems. As part of the Technology CEO Council of which I am a member, we will prepare an updated set of recommendations for how you could use technology and fraud analytics to save the government more than $1 trillion.”

The US government has been trying to consolidate its surplus of data centers for much of the Obama administration, saving an estimated $1.1bn in 2014 after five years of efforts. It is still trying - despite various consolidation efforts, the scale of the government’s sprawling mass of data centers across various departments has proved difficult to manage, with the Pentagon only this year forming a team to close 60 percent of its facilities.

In addition to cutting its number of data centers, the US government has increasingly turned to the cloud to save on costs. The Army is trialling on-premises cloud computing, while Amazon Web Services beat out IBM to win a $600 million contract to provide cloud services to the CIA. Given Trump’s friction with Amazon, it is unclear if this will change. 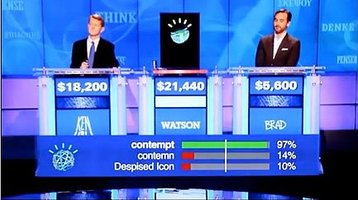 The Technology CEO Council Rometty refers to is an information technology ‘advocacy organization’ that lobbies government on policy decisions. Other CEOs of note in the group include Michael Dell of Dell Technologies, Safra Catz of Oracle, and Brian Krzanich of Intel.

When it comes to tax, Rometty told Trump: “IBM supports your proposal to make American’s tax system more competitive. Many billions of dollars of American companies’ earnings do not come home because of an outdated and punitive tax system. Your tax reform proposal will free up capital that companies of all sizes can reinvest in their US operations, training and education programs for their employees, and research and development programs. We will support the efforts of your administration and Congress to pass tax reform early in 2017.”

Large US corporations eagerly await Donald Trump’s favorable tax policies, notably the promise to temporarily reduce the tax on the repatriation of money overseas from 35 percent to 10 percent, and then raise it to 15.

Of the estimated $2.7 trillion stashed abroad, it is believed that IBM has roughly $68 billion outside of the US. Rometty, and others, argue that incentivizing repatriation will lead to jobs and increased investment and R&D.

But back in 2004, the Republican-led US government made a similar move, bringing the repatriation tax down to 5.25 percent. Corporations brought $312 billion into the American economy, but the money mostly went to paying dividends to investors, repurchasing shares, and purchasing other corporations.

A 2011 report from the Democratic staff of the Senate Permanent Subcommittee on Investigations claimed that the move actually cost the US Treasury $3.3 billion in estimated lost revenues and that the companies that benefited subsequently cut 20,931 jobs, along with slightly reducing research and development expenditure.

At the time, IBM was noted as one of the biggest winners from the tax break, bringing back $9.5 billion from abroad. It cut 12,830 jobs after the move. The report also states that executives at IBM and other corporations saw bonuses rise on the tax break.

The letter comes at a time of increased uncertainty in the tech industry as Silicon Valley in particular waits to see how a candidate they overwhelmingly opposed treats their industry. Of note for IBM should be Trump’s comments just before he was elected.

“If a company wants to leave Minnesota, fire their workers and move to another country and then ship their products back into the United States, we will make them pay a 35 percent tax.”

Others have also questioned how a jobs-focused candidate will approach companies like IBM, who are at the forefront of automation technologies that could potentially lead to higher unemployment. IBM’s Watson, for example, hopes to make everything from healthcare, to cooking, to hotel management more efficient, reducing the need for humans.