Worldwide revenues from public cloud services will grow to more than $195 billion by 2020, research by IDC suggests.

Revenues of about $96.5 billion are predicted in 2016, representing a compound annual growth rate (CAGR) of 20.4 percent over the next four years.

The US is expected to generate nearly two thirds of total worldwide cloud revenues to 2020, leading the way ahead of Western Europe and Asia-Pacific, excluding Japan (APeJ). Greatest revenue growth over the period will be seen in Latin America and APeJ, with all eight regions in the study forecast to experience growth of greater than 100 percent. 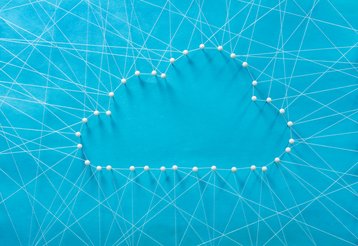 The report also forecast that all 20 industries profiled for the study will experience public cloud revenue growth of more than 100 percent during this period. The fastest growth will be seen in media, telecommunications and retail.

In 2015, cloud software, including software as a service (SaaS) and platform as a service (PaaS), made up 83.7 percent of all public cloud revenue, while 16.3 percent came from infrastructure as a service (IaaS). However, IaaS and PaaS are expected to grow at a faster rate than SaaS, according to the study.

“By 2020, about half of all new business software purchases will be of service-enabled software, and cloud software will constitute more than a quarter of all software sold.”

Eileen Smith, program director of customer insights and analysis at IDC, said: “Organizations across all industries are now free to adapt to market changes quicker and take more risks, as they are no longer bound by legacy IT constraints.”

IDC’s latest research follows its prediction that spending on IT infrastructure for cloud environments will grow to $59.5 billion in 2020, as detailed in the July publication of its Worldwide Quarterly Cloud Infrastructure Tracker report.