Linux containers promise to change the IT world, by allowing applications to move seamlessly between development and use, wrapped in a lightweight instance provided by software such as Docker, needing less resource than a frull virtual machine. Despite this, even in organizations which have committed to containeriization, many IT teams still lack a clearly defined approach to the technology, according to research sponsored by Red Hat.

Respondents cited improved security and increased speed of deployment as the main adoption drivers. However, less than half felt their organization was highly skilled at developing and deploying with containers, and many complained new technology was stuck in the realm of ‘Shadow IT’.

Research also suggests that packaging apps into containers is delivering clear benefits: 82 percent of respondents who already deployed containers reported an increase in the frequency at which their organization released applications. They were also more successful in adopting DevOps and agile development methodologies. 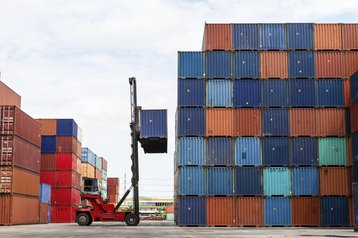 On behalf of Red Hat, which launched its first purpose-built application container host earlier this year, Forrester Research surveyed nearly 200 IT professionals across Europe, Asia-Pacific and the US.

The majority of respondents used containers for six of the seven possible use cases, the most popular being data applications (77 percent) followed by cloud applications (71 percent).

Forrester also found that organizations employing advanced container management tools considered themselves more skilled in container use and were much more likely to align themselves with a DevOps organizational structure and the agile development methodology.

And yet, just 45 percent felt their organization was highly proficient in developing and deploying with containers.

Security was cited as one of the main reasons for container adoption, along with higher quality releases and easier management, but it was also the main concern for 53 percent of respondents. Other problematic areas included performance, integration with existing development tools and processes and lack of certification or digital signatures.

The paper warns that benefits of Linux containers would only be realised if an organization has a clearly defined strategy in place.

“Container adoption reflects a shift in culture, along with the emergence of new ways of working and new development methodologies. Some of these will be formal initiatives, but most tend to be informal, grassroots patterns of behavior. As such, trying to define an enterprise approach for all teams for all use cases at the same time is not a wise plan. Rather, target key teams and key projects to develop an enterprise approach,” recommends Forrester.