Despite one landowner not agreeing to sell, “yet”

According to a report aired on Luxembourg’s radio 100,7 on Friday, Google has been offered a new site on which to build a data center by the government of Luxembourg, after a landowner refused to sell part of the land on the company’s previous chosen site. Google then gave the Grand Duchy an ultimatum on the deal, stipulating that it find a location for its €1 billion ($1.14 bn) facility within five days.

As was the previous site, the land is situated just outside of Bissen, in central Luxembourg, close to an electricity distribution center. 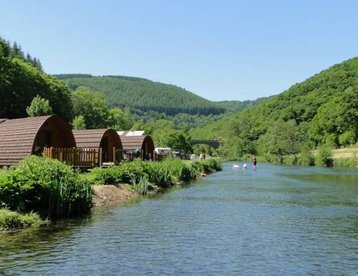 The new location is not set in stone however, as once again a landowner on the new site has not yet agreed to sell, but the report suggested that this should not get in the way of the company’s plans, as the land in question is only a small percentage of the total, located on its outskirts. Google has not yet confirmed that it will take up the offer, nor has it set a timeframe to give its answer.

The country’s finance minister Étienne Schneider told SuperJam he was “rather optimistic” that the country would reach a deal with Google, stating that the company will “only reach a decision once all the facts become known.” However he stated that it is putting pressure on the missing signatary as it knows that eventually the company “could say enough is enough and go elsewhere.”

If Google were to relocate elsewhere, the loss would be perceived as significant for Luxembourg, whose economy is heavily dependent on finance and the media, and has been actively working to boost its data center industry. Its low tax, low regulation economy, with a high skilled, multilingual population and little need for investment in infrastructure and public services means the country is an appealing location for the private sector.

PayPal, Amazon, Microsoft, eBay, and Skype all have their European headquarters in Luxembourg.