Report: Half of all China's regional data center capacity isn’t in use

Sparking fears of a development bubble

A large number of Chinese data centers in the country’s secondary cities are running at half of their capacity, while demand in major hubs continues to outgrow supply, according to statistics shared by the Ministry of Industry and Information Technology (MIIT) and the Chinese Ministry of Finance, published by the Financial Times.

In line with its sweeping digital strategy, the Chinese government has encouraged companies to build data centers in mainland cities, but demand continues to rise in the densely occupied data centers in the country’s major coastal cities. Middle, Western and Northeast China all have an excess in data processing supply, almost double the local demand for it, according to the MIIT research. 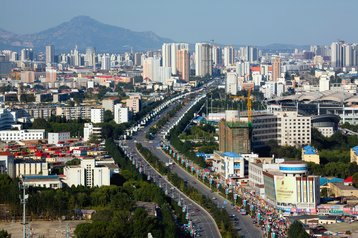 By pursuing a concerted, government-backed big data and AI policy, China is rapidly becoming a dominating force in the field.

A report from the Ministry of Finance shows that local governments have trebled the target revenue from big data industries - including data centers - set out by the central government for this year.

But progress has not been linear, and has had some undesirable effects, including the discrepancy between data center demand and supply.

In this instance, counter strategies have included raising environmental standards for data center developments in Beijing - where, according to MIIT statistics, local data processing supply is 19 percent less than demand - to encourage the storage of less latency sensitive data in remote facilities.

But, by blurring the line between self-regulating market forces and government intervention, the policy risks failure.

The country’s now renowned ghost cities are a visually-striking example of a similar precedent: in the early 2000s, local governments launched ambitious urban development plans to bolster regional economies, but instead, mass construction has resulted in hundreds of thousands of empty residences across the country.