Equinix is close to buying Verizon Communications’ data center business, according to a financial analyst’s report.

Rumors originally spread late last year that the telecoms company was eying a sale of its business, with Verizon later confirming that it was considering the idea, but had yet to make a decision. The new report, by Cowen & Co. analyst Colby Synesael says Equinix is the probable buyer and the sale is on the verge of going through. 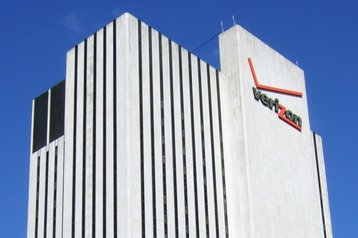 “We believe a transaction involving Verizon’s co-location assets is imminent and that Equinix is the most likely acquirer,” Synesael said.

“Based on our channel checks, we believe the portfolio includes 14 facilities which primarily include those Verizon inherited when it bought Terremark in 2011.

He added: “We estimate EQIX could pay 13 to 13.5 times EBITDA, or $3.5 billion, and believe such a transaction would be viewed as positive for Equinix and neutral to Verizon.”

The sale is a shift for the company, which previously expanded its data center operations with the 2011 acquisition of Terremark for $1.4bn. Now, as it focuses on its wireless business and digital media, Verizon has started to sell off its noncore assets, including residential phone lines.

As part of its move to digital media, Verizon agreed to buy Yahoo for $4.8 billion in July - although this process may have been disturbed by record breaking hacking revelations.

Fellow ex-Baby Bell member CenturyLink is also looking to sell off its data center business, with the company saying that it hopes to complete the transaction by the end of the year. Last month, Reuters reported that a group of private equity firms were the most likely acquire the subsidiary.