A $206 million data center development is planned just outside of Atlanta, Georgia, on a 44-acre site in the Riverside West Business Park, Douglasville. 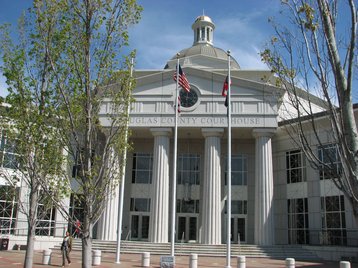 Project Smart is to be built in three phases. It was initially discovered after the facility received property tax exemptions to entice the developers.

ABC reports that CyrusOne will spend $206m to build the data center, and an additional $600m will be invested by the enterprise customers that will locate their servers and equipment in the facility.

Chris Pumphrey, Douglas County’s economic development chief, told Douglasville City Council members that he expected an announcement before the end of the year.

“Atlanta is a very good location for us to be in,” CyrusOne’s new Atlanta-based business development manager Jeff Hill told council members.

Should the company go ahead with the project, it will join several other large-scale data center developments in and around the city.

For example, QTS operates nearly 1.4 million square feet (130,064 sq m) across Atlanta and Suwanee, and is currently expanding its facilities. Google owns a large data center campus west of Atlanta, in Lithia Springs - in 2015 the company announced it would expand the site to 1.3m sq ft (120,774 sq m).

Cloud and colocation provider Switch also plans to come to Atlanta, recently announcing a million square feet plus (92,900 sq m+) data center that could cost as much as $2.5 billion, called The Keep.