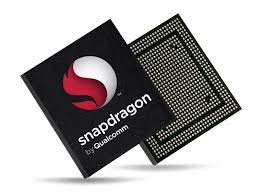 Qualcomm, the leading maker of smartphone chips, has announced plans to launch a processor for data center servers, based on the designs of its long term partner ARM Holdings. This new chip should be available by the end of 2015.

The chips, which Qualcomm hinted might be on the way at this year's Consumer Electronics Show (CES) in January were finally confirmed by chief exec utive Steve Mollenkopf at an analysts' meeting in New York this week.

ARMs into servers
"This is something we've been working on but not talking about for some time," said Mollenkopft. "Now, we are going to have a product that goes into the server."

Qualcomm has a big lead in processors for smartphones, with its Snapdragon series based on the RISC designs of ARM Holdings. In recent years, many people have proposed the idea that the high perfromance and low power requirements of chips designed for mobile phones might be a good fit for servers in data centers, where the power density in racks has become a limiting factor.

However, the server processor market is dominated by Intel (and the x86 instruction set), which has made any other alternative seem a risk. Amazon has said that ARM designs are "not quite there yet" for its own massive needs, and the inclusion of ARM processors in HP's Moonshot systems is a rare example of a serious bid to place ARM-based servers in data centers.

The market for smartphones will eventually saturate, so Qualcomm wants a new market, and Mollenkopf pointed out that the specifications of high-end phones and tablets are increasingly overlapping with the requirements of cloud computing, where a large number of servers with low energy requirements can support a very scalable architecture.

Mollenkopf did not give many details away, but the chips will clearly use the 64 bit ARM designs which are already in Qualcomm's Snapdragon range, with a supporeting chipswet and motherboards provided.
an intention to expand beyond its stronghold in smartphone chips and enter the server market with processors targeting data centre applications.

The semiconductor giant announced the plans during its 2014 analyst meeting in New York, where chief executive Steve Mollenkopf said the firm is looking to invest in markets outside its core business of mobile and wireless chips.