QTS set to more than double the size of Irving campus

According to Dallas News, the company expects to more than double the available space by building another four data centers at 300,000 square feet each.

It was already started construction on the first facility. 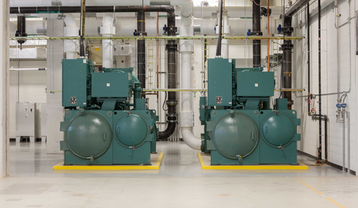 QTS or Quality Technology Services is a real estate investment trust established in 2005 that manages more than five million square feet of data center space and supports more than 1,000 customers. The company is headquartered in Overland Park, Kansas.

QTS purchased the former semiconductor manufacturing plant in Irving, originally built by Hitachi, in 2013, and promptly turned it into one of the largest data center locations in the region.

It is now set to expand the campus further, by adding four data centers. QTS plans to have the first of its new buildings completed by next year. Once complete, the campus will total approximately two million square feet.

“We are extremely excited to be a part of the Texas environment,” Brian Johnston, CTO at QTS, told Dallas News. “There is lots of construction talent, lots of engineering talent and lots of IT talent.

Earlier this year, QTS announced it was using the Irving site to deploy one of its HyperBlocks - self-contained data center modules offering 2MW of power capacity and available to be installed in 120 days or less.