Protests as land rezoned for $450 million data center in Ireland

If completed, the data center will be largest in the west of Ireland since Apple's failed Irish venture

Clare County Council, Ireland, has rezoned land outside of the town of Ennis for a planned data center, despite protests from local residents.

If the $450 million Art Data Centres facility receives planning permission, it will be the largest of its kind in the west of Ireland occupying up to one million square foot, The Irish Times reports. 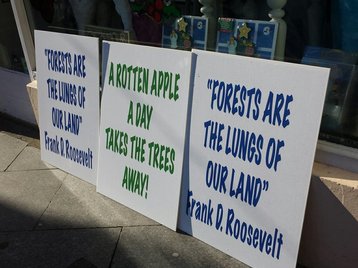 The Councillors rezoned a 51-hectare (126-acre) site as an enterprise zone that will be used for building data centers.

But submission from a local residents' group to the council stated that the rezoning does not take into account the numbers of homes that would be adversely impacted by the proposed development.

The group strongly objected to the rezoning and suggested that the council should investigate alternative “brown-field” sites that would be more suitable.

Other submissions stated that the developer of the facility had not put forward “any package” to property owners to address all the negative impacts the project will cause.

In a written response to the residents’ concerns, Pat Dowling, the council’s chief executive, said that they will be able to raise their concerns at the planning application stage.

Previously, the council’s director of economic development, Liam Conneally, described the project as “a game-changer” for County Clare.

According to Conneally, the planned data center will bring in 1,000 construction jobs in the next five years and lead to 200 permanent data center jobs, as well as 150 indirect jobs.

Last May, Apple canceled its planned $1 billion data center campus in Athenry, County Galway, after years of delays due to various legal challenges.