Pivotal Software files for an IPO

After reporting revenue of $509.4m for the 2018 fiscal year, aided by increasing Cloud Foundry subscriptions

Pivotal Software Inc. has filed the preliminary documents for an initial public offering, with a placeholder target of $100m.

Pivotal was originally launched as a joint venture between EMC and its subsidiary VMware, with additional investment from General Atomic. The company offers a wide variety of products including cloud–based development platforms, analytics software, project management and automation tools. 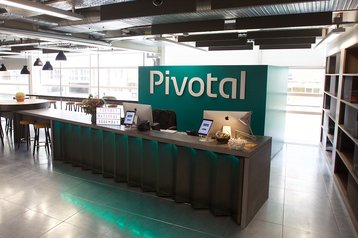 This year, for the first time, Cloud Foundry subscriptions made up a larger portion of the company’s revenue than services did. Subscriptions earned it $250m for the fiscal year, from only 300 customers. In its filing, the company reported that subscriptions are expected to make up an increasing part of its revenue over time.

An IPO will allow Cloud Foundry to improve its financial flexibility, it states, with the money earmarked for working capital, investments, and potential acquisitions.

Whereas the company will offer Class A shares to investors, Class B stock will remain exclusive to Dell and VMware.

Meanwhile, Dell Technologies is considering a number of ways in which to address its mounting levels of debt, including an IPO of its own and a reverse takeover by VMware.