But competitors are still concerned that once someone has been chosen, it’s unlikely they will lose the contract

The US Department of Defense has said that its controversial JEDI cloud contract is not a guaranteed 10 year deal for whoever wins it, downplaying fears from Amazon Web Services’ rivals who believe the company is a shoe-in for the single-award contract.

The Joint Enterprise Defense Infrastructure (JEDI) contract could be worth $10bn over 10 years, but the Pentagon has clarified that the initial contract award is only two years, at which point “we will re-examine the marketplace and make a decision about the capabilities we need for the next option period,” DOD spokesperson Dana White said. 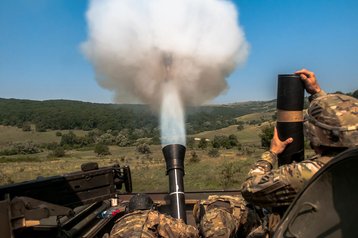 “We are conducting a full and open competition to acquire the best cloud capability for the war fighter. It is a single-award contract. It is not a sole-source contract, and is not designed with a specific vendor or company in mind. In fact, multiple vendors may form a partnership to offer us a competitive solution,” White said.

“It is a two-year contract with a – with two option periods. That means the initial contract award is only two years. It is not a 10-year contract.”

White added that some 46 companies had responded to the draft request for proposal. “We wanted competition and now we have it,” she said.

But despite the contract’s time limits, it has received intense criticism from some quarters over the potential of the single-award contract going to one vendor for ten years. Last month Congress questioned the move, but the most concerted opposition has come from rivals of AWS, with Oracle leading the charge.

The Coalition for Government Procurement, which represents Oracle, Microsoft, IBM, Dell and others, said: “A single-award contract vehicle creates the ultimate barrier to entry for new, emerging technologies… [it] also raises security concerns, especially as one looks across the globally integrated, commercial market for cloud products and services.”

Oracle has taken steps to lobby against the deal, with Bloomberg reporting that the company is holding regular calls with tech allies, courting press and lobbying lawmakers, defense officials and The White House. For example, DCD was invited to a talk on the contract by the think tank The Hudson Institute, located just a few minutes from The White House. The talk was funded by Oracle.

The company’s co-CEO Safra Catz this month met with President Trump over a dinner organized by Peter Thiel, and discussed her views the deal: “I talked to him about what commercial customers are doing in their move to the cloud and what I understand the Pentagon’s plan was to have one cloud,” she told reporters in Tel Aviv (via Reuters).

Oracle has long had significant influence in Washington, and its ties have only strengthened with the Trump administration. Catz served on Trump transition team, as well as the American Technology Council, and was thought to be on the shortlist to replace H.R. McMaster as Trump’s national security adviser.

Oracle’s efforts in pushing policy changes and winning contracts is headed by Ken Glueck, SVP for government affairs, who has led Oracle’s lobbying division for some 20 years.

But the company’s influence has yet to lead to significant changes to the JEDI contract. Trump had reportedly considered targeting the deal as a way to hurt Amazon, but White House Press Secretary Sarah Huckabee Sanders later said that “the president is not involved in the process.”

Should nothing change, the Pentagon intends to award the initial two year contract by September 30.

At stake is not just money, and prestige for the victorious cloud company, but the future warfighting capabilities of the world’s largest military. “The current Department of Defense IT infrastructure is a federated legacy environment based on earlier technology,” White said.

“DOD’s move to the cloud will rapidly deliver advantages to the battlefield by enabling new machine learning and artificial intelligence capabilities.”