The Pentagon has delayed its final request for proposals (RFP) for a multibillion-dollar cloud contract, after noting the high number of responses from the industry.

In a press briefing, the Department of Defense dodged questions about whether the delay would mean the Joint Enterprise Defense Infrastructure (JEDI) contract would also be delayed. 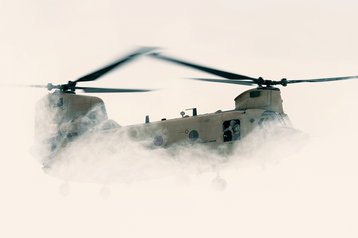 It’s hard being so popular

“We are still working on it,” Pentagon spokesperson Dana White told FCW at the press briefing, when asked about the final RFP which was originally set to be released at the end of May.

“We are very enthusiastic, there were more than 1,000 responses between the first and the second draft RFPs.

”We are working on it, but it’s important that we don’t rush towards failure. This is different for us, We have a lot more players in it. This is something different from some of our other acquisition programs because we do have a great deal of commercial interest.”

She added: “I don’t have a timeline on it, but we are moving, and we also want to take in all of the different stakeholders and consider how we move best forward.”

When asked if this delay would cause the date of the contract award, currently set for September, to be pushed back, White said “why don’t I come back to you. But I will tell you, because of the incredible interest in and the excitement around the cloud we are moving forward as quickly as we can to get this right.”

The single-award contract could be worth as much as $10 billion over 10 years, but will initially only last two years, before undergoing a review. “To date, there has been no change in that strategy,” White said.

The fact that the contract could go to just one company, and the suspicion that once an award is given the victor will likely keep it, has raised concerns across the industry - particularly from businesses that compete with Amazon Web Services.

With its dominant market position and existing government contracts (including some with the CIA), AWS has been assumed to be the most likely winner of the JEDI contract. Oracle, Microsoft and IBM are among those vying for the contract, while simultaneously speaking out - and lobbying - against the deal being awarded to a single company.

Amazon’s fractious relationship with President Donald Trump has also led to rumors that the Commander-in-Chief considered targeting the deal as a way to hurt the company and its CEO, Jeff Bezos, who owns The Washington Post. “I can tell you that no political pressure has been given,” White said. “This remains a full and open competition, and that’s what it will remain.”

As several companies race to win the major government deal, it is worth looking at the latest moves of the cloud giants and deals that may be indicative of success or challenges when it comes to the JEDI contract.

Of note is Microsoft’s recent success with the US intelligence community. Last month, seventeen agencies, including the CIA, were cleared to use Microsoft Azure Government, after the company agreed a deal with the Office of the Director of National Intelligence, thought to be potentially worth hundreds of millions of dollars.

Another deal to watch is Google’s participation in Project Maven - which has caused turmoil in the company’s ranks. A small military contact worth around $9 million, it was viewed as a way to open the door to larger contracts with the DOD, but some at Google are concerned about whether the company, famous for its ‘Don’t Be Evil’ slogan, should be getting into the business of war.

“Google is implementing Project Maven, a customized AI surveillance engine that uses “Wide Area Motion Imagery” data captured by US Government drones to detect vehicles and other objects, track their motions, and provide results to the Department of Defense,” an internal petition to cancel the contract, signed by some 4,000 Google employees, said.

“Recently, Googlers voiced concerns about Maven internally. [Google Cloud chief] Diane Greene responded, assuring them that the technology will not “operate or fly drones” and “will not be used to launch weapons.” While this eliminates a narrow set of direct applications, the technology is being built for the military, and once it’s delivered it could easily be used to assist in these tasks. This plan will irreparably damage Google’s brand and its ability to compete for talent.”

Around a dozen Google employees are believed to have resigned over the issue, with one departing engineer petitioning to rename a conference room after Clara Immerwahr, a German chemist who killed herself in 1915 over the use of science in warfare.

“Do the Right Thing” stickers have appeared in Google’s New York City offices, according to company emails viewed by The New York Times.

In an effort to contain the matter, Google held multiple discussion forums, involving both Greene and Meredith Whittaker, a Google AI researcher who is against the Maven deal, as well as Vint Cerf, the VP and Chief Internet Evangelist for Google (who began his career at DARPA), best known for being one of “the fathers of the Internet.” 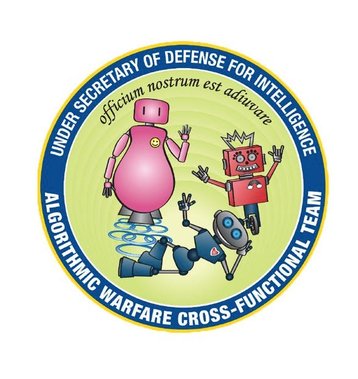 Two employees told The New York Times that Google co-founder Sergey Brin also weighed in during a company-wide meeting about the company’s work on Maven. He said he understood the controversy and had discussed the matter extensively with co-founder Larry Page and Google CEO Sundar Pichai.

Brin reportedly said he believed it was better for peace if the world’s militaries were intertwined with international organizations like Google, rather than working solely with national defense contractors.

The company has promised to create a set of principles for how it approaches defense and intelligence contracting. [Update: Gizmodo reports that Google will not renew its Maven contract in 2019.]

Project Maven, the codename for the Department of Defense’s Algorithmic Warfare Cross-Functional Team, was created to “integrate artificial intelligence and machine learning more effectively,” an April 2017 memorandum from then-Deputy Secretary of Defense Bob Work stated. The number of companies involved in Maven is not known. 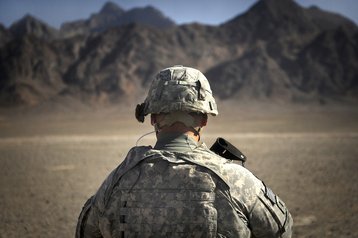 You win some, you lose some

There is another approach one can take to achieve victory - lawyers.

In February, Amazon Web Services reseller REAN Cloud scored a huge cloud contract with the US Transportation Command, worth up to $950 million. But, just as the company was sending out press releases crowing about its major victory, Oracle struck.

Oracle filed a protest with the Government Accountability Office saying that USTRANSCOM had misued an Other Transaction Authority to secure the deal. The contract was promptly cut to $65m.

Now, the GAO has canceled the deal outright, saying that the Transportation Command did not comply with statutory preconditions to award a production OTA.

Oracle has also tried to influence the JEDI contract, with co-CEO and Trump transition team member Safra Catz raising concerns over the single award process during a dinner with the President.

“I talked to him about what commercial customers are doing in their move to the cloud and what I understand the Pentagon’s plan was to have one cloud,” she told reporters in Tel Aviv (via Reuters).