The information was revealed on a slide (pictured below) in a presentation which accompanied ARM’s first quarter results. It was later confirmed by Applied Micro.

According to ARM, X-Gene and Moonshot delivered ten times more nodes per rack while consuming seven times less power than traditional (Intel-baed) infrastructure, at around half the cost. 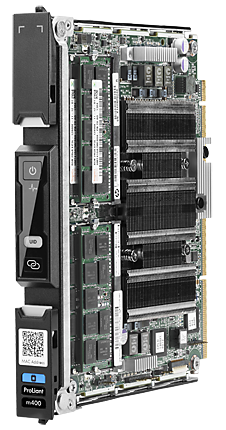 ARM’s entry into the server market has suffered repeated setbacks – the company admitted as much during the recent DatacenterDynamics Converged event in London. Calxeda announced a 32-bit ARM-powered server way back in 2011 but went bust in 2013, and AMD has delayed its 64-bit Opteron A1100 by at least a year, until the end of 2015.

Today, Applied Micro remains the only OEM to ship 64-bit ARM-based silicon. X-Gene is a system on a chip (SoC) that integrates a dual-channel memory controller and a variety of I/O options. It is based on ARMv8-A architecture with eight cores running at up to 2.4 Ghz.

So far HP’s Moonshot is the only server from a major vendor that works with X-Gene, but Applied Micro is already sampling a faster, even more power-efficient second generation processor.

For all its troubles, it seems that the much talked about alternative to Intel and the x86 instruction set has gained PayPal’s attention.

“We are pleased to announce that prior to the fiscal year end we exceeded our goal of shipping 10,000 X-Gene units,” said Applied Micro’s CEO Paramesh Gopi during an earnings call on Tuesday.

“PayPal’s real world results unequivocally prove X-Gene’s value proposition and illustrate why we are optimistic about X-Gene deployments. Moreover, PayPal represents one of the many hyperscale data center customers that we are currently engaged with to drive X-Gene adoption,” he concluded. 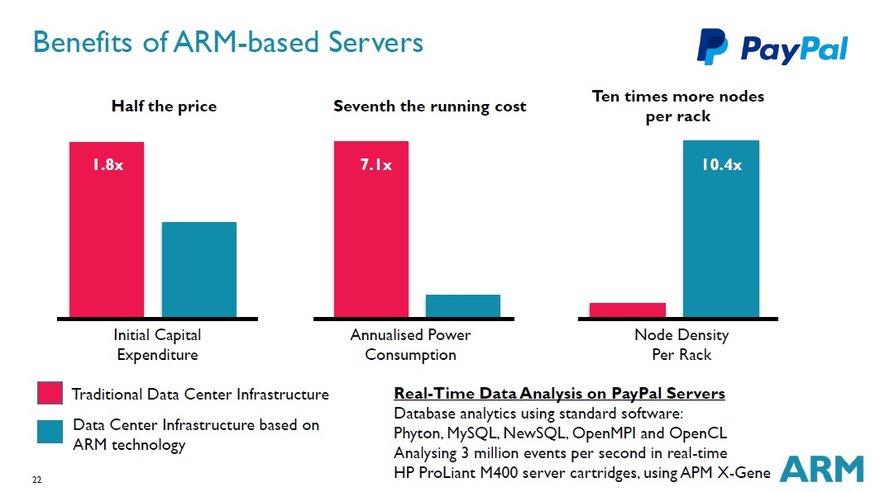 A slide from an ARM presenation