OVHcloud, a subsidiary of European hosting giant OVH, has launched a hosted private cloud service based on software from VMware.

The product with a lengthy name of ‘VMware Cloud Foundation on OVHcloud’ offers customers a minimum of four dedicated servers and can scale to support thousands of virtual machines.

It integrates the latest VMware Software-Defined Data Center (SDDC) tools, including vSphere for compute, vSAN for storage and NSX for networking.

The move follows the deal that saw OVH acquire vCloud Air, a public cloud business developed by VMware and based on its technology, in April 2017. 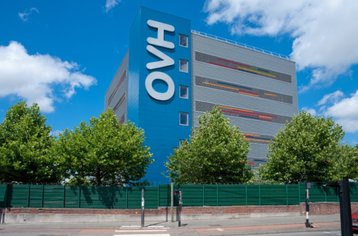 Roubaix-based OVH is one of Europe’s largest hosting providers, with a global network consisting of 28 data centers, 33 points of presence, and thousands of miles of dark fiber.

The recent acquisition of vCloud Air enabled the company to enter the US market, where it now operates two data centers - in Virginia and Oregon.

Historically, OVH specialized in dedicated servers and public cloud services based on OpenStack. But while OpenStack is making inroads into the private cloud market, the new cloud service from the company is instead based on familiar virtualization tools from VMware.

VMware Cloud Foundation on OVHcloud is a packaged solution that offers a minimum of four servers with two Xeon Gold CPUs each, alongside 768GB of RAM and 25TB of solid state storage, and networking provided by a 15Tbps backbone.

The service could appeal to organizations that run their on-premises infrastructure on VMware, enabling them to switch to a hybrid cloud architecture using existing skills and expertise.

“We listened to what the market requested,” said Russell Reeder, CEO of OVH US. “The customers we’ve spoken with have been very excited about the value of the performance, control, and features they will receive with VMware Cloud Foundation on OVHcloud, and their enthusiasm has translated into the development of this offering. This announcement is another example of our strong, ongoing partnership with VMware, as well as the growth and momentum OVHcloud is seeing in the US.”