Demand hot on the heels

Industry's rush to build data centers in the US has sent rental prices falling and might force municipalities to dole out sweeteners to compete for business, property consultants CBRE said in its regular research report about the North American market.

Excited by record sales of computing capacity to cloud companies such as Amazon, Google and Microsoft last year, US data center firms have doubled the amount of data centers they were building, according to CBRE numbers. Cities with the biggest data center businesses were now building twice as much computing capacity as they used last year. And prices have already been tumbling because of over-capacity. 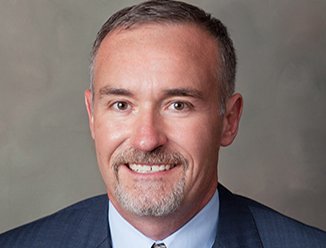 "Will hyperscale cloud demand absorb the significant supply pipeline?" said CBRE in its report. "Will municipalities compete for demand? How will providers attract tenants?"

Data center companies were on course to sell little more this year than they did last year, despite record numbers. Prices fell nearly 5 percent last year as record supply outstripped record demand. But the biggest data center regions were all building twice as much this year as they sold last year. That included the US hotspots of North Virginia, Silicon Valley and Dallas-Fort Worth. In all, the major cities had 411 MW under construction. They sold 300 MW between them last year.

In the first half of this year providers delivered another 200 MW in capacity, and sold 171 MW, Yet a little more than half what they sold last year.

Lynch said providers could no longer compete on price alone. Customers were expecting to get better network connections, and flexible terms.

Two-thirds of all construction in the 10 locations was being done in North Virginia, which CBRE calls the world's biggest data center market. Phoenix did the next most by far, with 16 per cent of all current building.

Northern Virginia accounted for 74 percent of all data center capacity sold among the 10 in the first six months of 2019, said CBRE. It didn't say how much was sold in the city with the next most sales, Houston. But Silicon Valley, which sold 3rd most of all, sold just 13.7 MW. Dallas sold 11.2 MW.