Orange has outlined several energy-saving measures as the French telecoms giant looks to combat the ongoing energy crisis that is set to grip Europe this winter.

It comes shortly after media reports last week that noted that Europe could likely face a bleak winter with blackouts as operators ration energy. 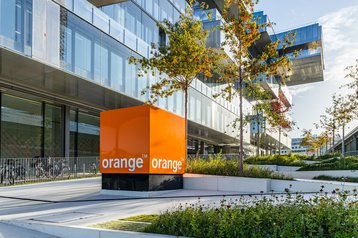 The potential power issues have been fueled by Russia's invasion of Ukraine, with Russia deciding to halt gas supplies via Europe's key supply route in the wake of this conflict.

It's led Orange to react strongly too, with the operator confirming that it will cut 5 to 10 percent of its instantaneous electricity consumption for one hour per day. The operator says that switching to an electrical battery for several thousand fixed network installations can help to save up to 20MW.

Orange adds that these measures will have no negative impact on users.

Orange has already moved to switch off its window lighting in stores 30 minutes after closing at the latest, and has implemented this measure since September 1.

"In an uncertain geopolitical and economic context, we share the French government's concerns and we have developed a concrete plan to support the national energy-saving initiative. By offering to cut consumption at several thousand technical sites for one hour, we will reduce our instantaneous power requirements by up to 10 percent, without impacting the service offered to users."

In the data center industry, the likes of Equinix and Digital Realty have increased their diesel reserves in preparation for potential grid and fuel supply issues. Equinix usually fills its tanks to 60 percent capacity, but is now raising that to 90 percent across many of its sites. One of the UK’s largest equipment rental groups is also stockpiling extra diesel generators in anticipation of high demand going into winter.

UK telecoms company BT recently told the FT that it was not currently seeking more backup power for the winter, but was assessing which of its non-critical hardware could be switched off.

A number of mobile operators and tower companies are looking at generating more renewable power at cell tower sites in order to reduce their energy bills and reliance on the grid. Operators including Vodafone, Telstra, Deutsche Telekom, and Latvia's LMT are investing in projects.