Fujitsu to deliver Oracle’s cloud services through its data centers

Oracle and Fujitsu have announced a partnership that aims to improve the provision of enterprise cloud services in Japan.

The deal sees the American multinational’s cloud applications and platform services delivered by the Tokyo-based company and its Japanese data centers.

Fujitsu will install the Oracle Cloud services in its facilities and link them to the K5 cloud, an OpenStack-based infrastructure offering initially only available in Japan. K5 is being rolled out in the UK this month and will come to the US in 2017. 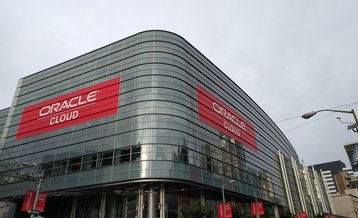 The K5 cloud platform can be delivered as a private cloud, running either on-premises or hosted by the company, as well as public cloud with support for virtual private cloud.

Customers using K5 or Fujitsu’s hosting services will be able to access the Oracle Cloud services including its Database Cloud and the Human Capital Management (HCM) Cloud.

As part of the deal, Fujitsu will promote these cloud services to Japanese companies and their subsidiaries.

The first application to be offered to Fujitsu customers is the HCM Cloud. Fujitsu will implement the service itself to analyze performance of its globally distributed workforce.

Edward Screven, chief corporate architect at Oracle, said: “For over three decades, Oracle and Fujitsu have worked together using our combined research and development, product depth and global reach to create innovative solutions enabling customers to scale their organizations and achieve a competitive advantage.

“Oracle’s new strategic alliance with Fujitsu will allow companies in Japan to take advantage of an integrated cloud offering to support their transition to the cloud.”

“This initiative will differentiate us from other cloud providers by emphasizing real enterprise cloud solutions, while offering Japanese companies access to best of breed technology in the new Cloud era.”

Oracle’s Cloud Services division and its financial situation has come under close scrutiny in recent months.

In June, DatacenterDynamics reported that a former Oracle employee Svetlana Blackburn filed a lawsuit against the company, claiming she was fired for threatening to go public after being told to add millions in fake revenue to the division.

Oracle denied the allegations and said it planned to counter-sue.