A data center in Oman’s port city of Duqm, funded by Oman Data Park (ODP) - a joint venture between local telco Omantel and IT services company 4Trust - is expected to come online in December, according to The Oman Tribune.

Its opening date was agreed in an SLA signed with the Special Economic Zone Authority at Duqm (Sezad), which will become the company’s first customer in the facility. 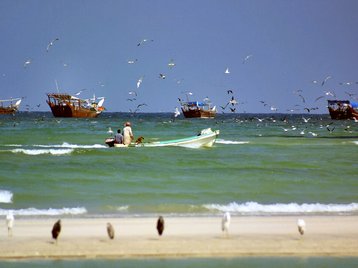 ODP operates another two identical 12,000 sq ft facilities, one of which is located in the Knowledge Oasis Technology Park in the country’s port capital, Muscat, and the other in Wattayah, 15 miles west.

The company reportedly saw its revenues grow by 20 percent between 2016 and 2017, having increased its corporate customer base from 400 to 480 in the past 12 months.

ODP claims the new facility is aligned with the government’s Tanfeedh program, a scheme aimed at diversifying Oman’s economy and decreasing its heavy reliance on oil and gas exports.

Maqboul Salim Al Wahaiby, ODP’s general manager, told The Oman Tribune that  new colocation services would help local entrepreneurs reduce their capital and operational expenditure, and particularly so in the logistics sector - an industry promoted by the Omani government. In fact, the sultanate plans to build an entire city called Khazaen from the ground up, just west of Muscat, where it hopes to develop the country’s logistics, commercial and residential sectors.

Duqm is a former fishing town located on the shore of the Arabian Sea, more than 500km away from the capital. The port, which became a base for oil exploitation companies in the 1960s, is reportedly going through an intense period of redevelopment, aided in large part by investment from China.

According to the Independent, the country could see over half of its current stock of foreign direct investment matched by Chinese firms in coming years, as the second biggest world economy unfolds its ’Belt and Road’ initiative, pouring billions into foreign infrastructure projects linking Europe and China.

Last month, the Sultanate of Oman borrowed $3.55bn from Chinese financial institutions, the largest sum ever borrowed from China by a Gulf country.