For quantum computing and exascale research

The largest US Department of Energy science and energy laboratory, Oak Ridge National Laboratory (ORNL), has signed a deal with D-Wave to have cloud access to its 2000Q system.

ORNL plans to use the quantum computer as part of a larger research initiative into advancing hybrid computing applications and exascale computing. 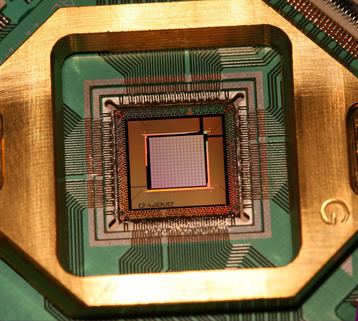 “ORNL researchers are investigating the use of quantum, neuromorphic, and other new computing architectures with the potential to accelerate applications and programs important to the Department of Energy,” said Dr Jeff Nichols, associate laboratory director of computing and computational sciences at ORNL.

“This agreement fits squarely within our objective of providing distinctive equipment and unique facilities to our researchers to solve some of the nation’s most compelling computing challenges. This program is also a natural extension of the lab’s leadership in high-performance computing, with the next step being to accelerate the nation’s exascale program.”

D-Wave computers have been met with widespread skepticism on whether they are indeed true quantum computers. John Morton, a professor of quantum computing at University College London, told Bloomberg that, with a version of the D-Wave system he saw, its qubits only remained in a quantum state for about 10 nanoseconds, not enough time to solve a very complex equation. Entanglement - where qubits function collectively - also appeared to be limited.

But its systems have found favor despite the criticism and limitations - early customers include Google, Nasa and Lockheed Martin. Earlier this year, when it launched its $15 million 2000Q system, D-Wave announced its first customer for the  2,000 qubit machine - the secretive cyber security firm Temporal Defense Systems.

But while TDS has close ties to the US government, directly selling to the US government has long been an ambition of D-Wave. In an effort to enter that market, the company last year launched the subsidiary D-Wave Government Inc, filled with senior appointees from the NSA, the Navy, Air Force and the CIA.

In March 2017, it then partnered with Virginia Tech to create a permanent quantum computing center housing a D-Wave system at the Hume Center for National Security and Technology.

Speaking last year, company president Robert Ewald told Defense News: “The US government is the largest procurer of computers on the planet. They also are the ones who typically apply technologies before others do for programmatic needs, whether it be the Pentagon programs or Department of Energy or the intelligence community.”

But selling to the Department of Energy may become more troublesome in the future, with large cuts expected should the Trump administration persist with its planned economic strategy. D-Wave already sold one older system to the Los Alamos National Laboratory, but this time sold a presumably more affordable cloud service.

The two groups will also work together to map applications to the D-Wave architecture.

“Our work with ORNL’s exceptional community of researchers and scientists will help us understand the potential of new hybrid computing architectures, and hopefully lead to faster and better solutions for critical and complex problems.”

ORNL and D-Wave aim to share some of these results with the scientific user community. Funds for the project appear to come from the DOE’s Exascale Computing Project, a $350 million per year scheme that recently saw business awarded to AMD, Cray, Nvidia and more.

The Google in the room

While D-Wave has pushed forward, earning contracts along the way, it is far from alone in the quantum computing space - IBM offers a prototype 17 qubit quantum processor cloud service, Microsoft is working on a topological quantum computer, and Alibaba is partnering with the Chinese government, to name but a few.

The one to watch, many agree, is Google. Reports surfaced last year the Google was aiming for ‘quantum supremacy’ by the end of 2017, that is, to be on par, or better than, existing high performance computers.

This month, Bloomberg reportedly saw internal Google slides that reiterated this claim. They also revealed a new lab it calls an “Embryonic quantum data center,” with it thought that the quantum computer would be offered on Google’s Cloud Platform.

Jonathan DuBois, a scientist at Lawrence Livermore National Laboratory, told the publication that Google staff have been clear about plans to open up quantum service on cloud, and have pledged that government and academic researchers will get free access.