Japan’s NTT Communications (NTT Com) has acquired PT Cyber CSF (Cyber CSF) in Indonesia. Founded in 2012, Cyber CSF is one of Indonesia’s largest data center providers with a facility equipped for 24 MVA of power and 2,800 racks in 7,700 square meters in Jakarta.

According to the announcement, Cyber CSF will be renamed as NTT Indonesia Nexcenter, putting it in line with NTT Com’s “Nexcenter” data center brand. There is no word on whether partnerships forged with regional providers such as 1-Net in Singapore and TCC Technology in Thailand last year will be retained. 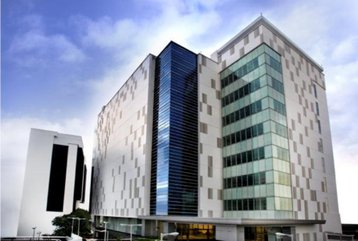 NTT Com has been expanding its data center footprint in the region, both by building new data centers as well as acquiring existing ones. Data center space aside, Cyber CSF likely caught NTT’s attention for its direct connectivity to an Internet exchange (IX) point used by multiple Internet service providers. Moreover, the carrier-neutral facility is also connected to 32 domestic and overseas carriers.

The acquisition gives NTT Com a solid footprint in the growing data center market of Indonesia, given that its existing data center capacity is already approaching maximum capacity. The move also cements its presence here with a network of data centers in Hong Kong, Singapore, Malaysia, Thailand and India in the region.

NTT Com isn’t the only operator to see the potential in Indonesia, either. Just last month, the Lippo Group announced that it will be building one of the largest data center complexes in the world in the Chikarang district, about 30km east of Jakarta.

Of course, data centers in Indonesia do face significant challenges, one of them being that power in the country may not be reliable. In May this year, state-owned power company Perusahaan Listrik Negara (PLN) announced a series of rolling blackouts to make up for shortfalls at is 900MW gas fired power station supplying Jakarta and Tanerang – citing a deficit of 600MW.

Other challenges include attitudes to outsourcing, which is often treated simply as a means to get contract workers as opposed to increasing hiring efficiencies. The result is a lack of trained manpower; with the result that skilled employees can get ‘stolen’ by competitors very quickly. You can read more about these issues in our “The challenges with operating in Indonesia” report here.