NorthBase has launched a new ground station in Finnish Lapland.

The company said this week it has finalized its first ground station NorthBase-2 in Muonio. The site is the first commercial ground station in Finland, supporting downlink on S and X bands and uplink on S band. 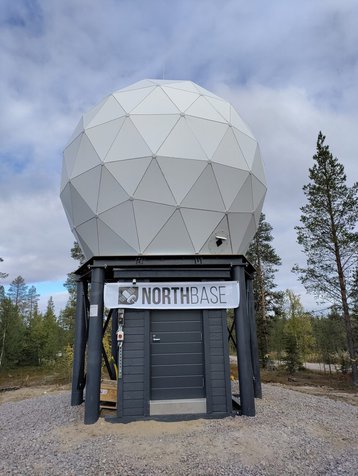 “This is a great day not only to us but also the Finnish space community, as we are opening up a completely new business area for Finland,” said NorthBase chairman Dr. Tommi Rasila. “Our first station is a very capable one by the industry standards, and at the same time serves as a proof of concept (POC) for our future plans as we are going to expand our business and capacity in 2023.”

The 3.9m antennae is a Safran Data Systems Legion 400, designed for supporting mega constellations & smallsats, and is integrated into the antenna network of Contec and can be used via its web-based service platform ContecOne

“We are both glad and proud that – being the first company in this business in Finland – NorthBase chose Safran as their antenna supplier," said Sales and marketing director of Safran Data Systems Sylvain Baissac. “I am convinced that we are at the start of the deployment of Safran’s well-known systems in Finland due to the particular geographical situation of this site.”

“NorthBase-2 in Muonio brings good addition to our current network, with other stations in South Korea, Alaska, Sweden, South Africa, and Ireland,” added Contec founder Dr. Sunghee Lee. “We look forward to working together with NorthBase in serving the global space community with trustworthy and agile services.”

NorthBase-1 is under construction in Tampere and will serve on VHF and UHF bands for LEOP and smaller payload needs.