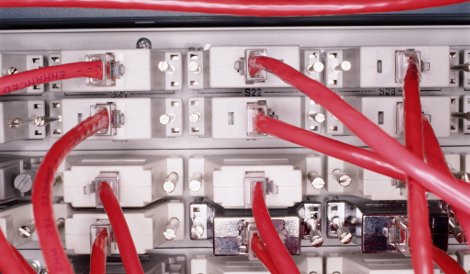 A non-profit organization has been formed in the US to foster stronger internet exchange alternatives in North America to the exchanges controlled by the colocation and interconnection giant Equinix.

“Currently, Equinix runs the major internet exchanges in the US, and they control the pricing in and out of the exchange,” Sarkis said. While there are several other exchange operators, he said there was pent-up demand in the market for a bigger alternative to Equinix's dominance.

An Equinix spokeswoman wrote us saying Equinix was not in a position to comment on Open IX. “However, it’s important to note that there are many other internet exchanges in the US, such as Coresite, Telx, NYIIX, and more,” she added.

“Our view is that competition in the marketplace is good and ultimately benefits customers.”

CyrusOne, a Carrollton, Texas-based data center provider, has recently launched an internet exchange of its own. It started in April with a series of exchange locations that covered its home state only but has been expanding the infrastructure nationally.

Josh Snowhorn, CyrusOne VP and general manager of interconnection, agreed that there was a need for better alternatives to Equinix. “You do have … a very dominant player in North America who controls single-point interconnects,” he said.

Snowhorn pointed out that the Open-IX initiative was not looking to knock Equinix, or any other exchange players, off their pedestals, seeking instead to provide a “resilient alternative,” so that customers could have access to multiple interconnects in each market.

According to Sarkis, who came to Digital Realty from Deutsche Telekom North America in January, Digital Realty has been deeply involved in the effort from the very beginning. CyrusOne was one of the first companies to contribute funds to the initiative, Snowhorn said.

The endorsement process has not been established, Snowhorn said, expecting it to get rolled out in September. Once it does get underway, CyrusOne plans to seek endorsement for both, its data centers and its internet exchange.