Data centers could soon store up to 360 TB using glass, if a scientific breakthrough by the University of Southampton is commercially developed.

Optical scientists at the University of Southampton have developed a way of shooting femtosecond laser pulses at a material to produce grooves or markings in it. When used on glass they can create ’nanogratings’ in which information can be preserved. The technique, known as 5D optical memory, has the potential to store up to 360TB of data on a medium that will last for thousands of years. The nanograting system can also be used on metal.

The nanograting technique has been around since 1999, when it was invented by Professor Peter Kazansky, who leads a physical optoelectronics investigations group at a research centre at the University of Southampton.

In a previous study in 2011, researchers at the university discovered they could store up to 50GB of data in glass shards, using the lasers to create tiny dot-like voids in pure silica glass. The femtosecond laser writes information into the glass by changing the way light moves through it. Each dot can store one bit of information, in a 3D optical data storage method that improves on similar techniques used by CD, DVD and Blu-ray disc makers. 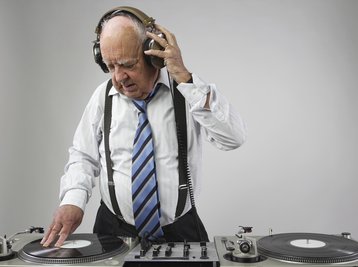 Groovy, but more like a laser disk… from another age perhaps

Now researchers Aušra Cerkauskaite, Aabid Patel and Rokas Drevinskas are investigating how to use the technique to create commercial products for the data center industry. The photonics and optoelectronics experts have unveiled details of a newly developed method of five-dimensional (5D) digital data storage which eschews the use of dots for storage and uses femtosecond lasers to create self-assembling nanostructures.

This gives the scientists the scope to increase the capacity of each dot in the glass, depending on the orientation and strength of the structure. As a result each dot can store three times as much information. This gives the medium four and even five dimensions of variation on which to record information which, in turn, creates a capacity of 360TB of data with a thermal stability of up to 1,000 degrees Celsius.

“We are the first in the world to have developed and successfully stored data in glass,” said researcher Aabid Patel. Storage is currently researching 3D storage techniques.

However, analyst Clive Longbottom, senior researcher at Quocirca, warned that the storage sector of the data center industry might not be disrupted for a while: “The problem will be the speed of data writing and reading. Data volume density is not such a massive issue - with 8TB spinning disks now available, we are still seeing that SSDs are outselling them with a 1TB largest effective size at the moment, due to the massive speed benefits,” he said. Venture capitalists might be hard to impress too, he warned. “My first reaction is: oooh - advanced Phillips Laserdiscs. OK, it’s not, but that is what springs to mind,” said Longbottom.