GE’s new Edge Cabinet and single-conversion power distribution unit (PDU), makes more room inside data center cabinets, by squeezing the PDU in so called “neghative space” - the unused space at each side of the rack.

Server or telecoms equipment cabinets are usually 24 inches wide, but the installed servers and switches only take up 19 inches, leaving 5 inches of unused space. These cabinets also feature DC rectifiers which ensure that the correct type of power is provided to internal components and servers. The new Edge Cabinet PDU goes in the unused inside back corner of a cabinet and suitably small rectifiers - such as GE’s compact, three-phase GP100 units – can be plugged directly into the PDU’s available slots, freeing up valuable space for data center and facility managers. 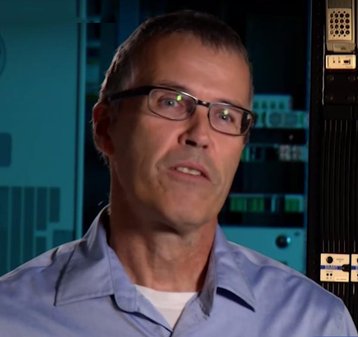 GE suggests that the recovered space can be allocated to other revenue-generating kit such as blade servers, reducing the amount of cabinet space required, saving capital expenditure, acres of data center floor space, cutting out thousands of server bays and reducing installation costs. Adding that up, GE reckons there are potentially millions of dollars in savings for large data centers.

The GP100 rectifiers, GE claims, enable the same phase-balanced power conversion capabilities as rectifiers from other suppliers, but in half of the footprint, allowing users to create a more efficient power system. Once converted at the rectifier, the 12-volt power is then delivered to the servers via pairs of bullet-style power terminals.

”This significantly reduces the distribution distance at 12 volts, minimizing loss and maximizing efficiency,” points out Michael Steeves of GE in a video explaining the new systems.

The new Edge Cabinet PDU also improves maintenance safety and processes. In many existing power systems, cables run down the back of servers making them hard to reach and potentially unsafe. By installing the Edge Cabinet PDU and equipped rectifiers in the rear corner and along the sides of the cabinet (away from the servers), the power equipment is easier to access and maintenance is safer.