And the Dutch group’s crowdfunding project is open for a few more days, with a €750k stretch target

Distributed cloud company Nerdalize plans to heat more than 50 homes in the Netherlands using waste energy from servers, as it more than doubles its crowdfunding target. From an initial crowdfunding €250,000 ($282k) target, the company now hopes to raise €750k ($847k) before the campaign finishes at the the end of this week.

Nerdalize will place “CloudBox” networked servers in homes, where they can run compute tasks for cloud customers, while donating their waste heat into domestic hot water systems. The hot water is free because Nerdalize pays for the electricity used, and the cloud tasks are offered cheaply (€37 per month for a two-core with 3.2GB RAM) because the company does not have to build a data center.  ”As Nerdalize does not need to build an expensive data center, companies and researchers can compute for 50 percent lower costs,” said  Nerdalize CEO Boaz Leupe. 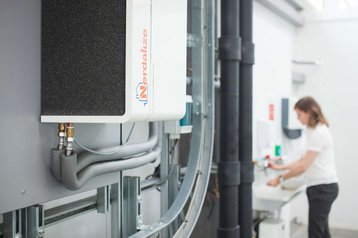 The Nerdalize CloudBox concept is similar to other distributed cloud offerings from companies including Qarnot and Stimergy in France, and Cloud&Heat in Germany, all of which offer heat free, effectively using the energy twice - for computation and heating.

With the crowdfunding in place, Delft-based Nerdalize plans to install CloudBoxes from August onwards. Nerdalize says households with a CloudBox can save up to €300 per year on heating bills.

The scheme follows a successful pilot project in 2015, when Dutch utility Eneco successfully installed and ran an earlier version of the Nerdalize CloudBox in five households for a few months. That trial effectively provided a simple radiator, but the new CloudBox version is connected to the central heating system, so heat can be used in water, whether or not room heating is required. 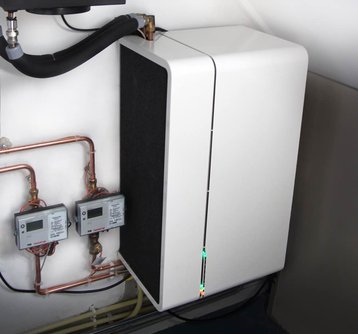 More than 500 people have invested in the crowdfunding scheme on Symbid which has raised more than $700k at the time of writing. Nerdalize says more than 3500 people have expressed an interest in having a CloudBox in their home.

The concept of distributed heating was first publicized in a Microsoft Research paper from 2011 which suggested a similar saving ($300 per year) through the use of what the paper called “data furnaces”. The idea has been taken up by a diverse group of startups, mostly in Europe.

Qarnot in France has run financial calculations for the BNP bank in homes and schools, and has had investment from data center operator Data4, which views its offering as complementary to centralized data centers.

Stimergy is providing “data boilers” which provide hot water for a swimming pool in Butte-aux-Cailles, Paris while providing rendering for a 3D animation studio.

In Germany, Cloud&Heat offered a heating system for office building and apartment blocks, but has recently begun offering heat from more centralized data centers, including a facility in Dresden, which claims a PUE of 1.05,  If the reuse of energy is taken into account, it has an “Energy Reuse Effectiveness” factor of 0.62.