Multiskilling in the data center 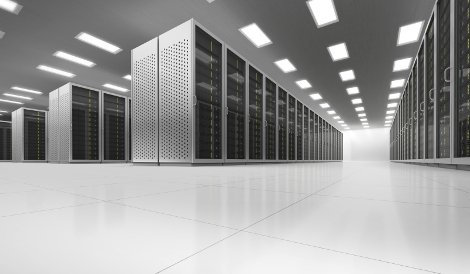 Global growth in staffing since 2010 has kept pace with the growth in data center assets. Numbers working in or around data centers have increased around the world by 25%, while requirements for white space have increased over the same period by 21%, power by 29% and investment by 31%. But the overall figures mask a more complicated picture as the data center becomes more business-critical and accountable to its customers, more technologically complex and more resource-conscious.

They also mask idiosyncratic and unpredictable local skills shortages in both of the largest markets – North America and Europe – and the fast growing emerging markets of South East Asia, the Middle East and Latin America. And where there is a skills shortage, rising labour costs are sure to follow.

Multiskilling in response to concerns over skills shortages.
From DCDi Census samples 2011 to 2013

The nomination of multi-skilling as a response to a skills shortage has increased since 2011. This strong increase is based on a number of factors:

- the increased availability of the educational and informational means to deliver multiskilling.

Skills by % in the data center
Figures collected by DCDI

Multiskilling can be defined as the ability of staff members to undertake tasks additional to their original skill sets or stated job responsibilities. In the data center, multiskilling can be analyzed on a number of levels, two of which are discussed here:

In 2013, figures showed 30% of staff are dedicated to one area of the data center’s operations (IT and applications or facility or operations etc). This proportion is lower than 37% in 2011. At the other extreme, in 2013 9% had responsibility across most,  or all, of the skill sets shown on the right – a group comprized of small, local and low redundancy single data centers, usually in emerging markets, and where there is no specific facility unit. This proportion has not changed since 2011.

Tasks and responsibilities of DCDi Census respondents in 2011, 2012 and 2013: % nomination, multiple nominations possible

In 2013, 60% of the sample has responsibility across more than one area (without claiming responsibility for most or all of them). There is evidence of multi-skilling across data center areas among 24% – up from 18% in 2011. The remainder have additional areas of responsibility that complement each other or represent a logical extension (for example facility + sales in a colocation provider, IT + engineering or facility + operations).

The second area of multiskilling within the data center represents how skills are deployed with process. In this area there has been increased sample involvement in technical decision-making, evaluation, recommendation, implementation and strategy development. This reflects the increasing requirements for all elements of the data center to operate according to strategic requirements, and the need for transparency and accountability in its processes.

Thus, the move towards multi-skilling in the data center is inevitable, if not gradual. And the move appears to be much faster in larger organizations based in established markets with substantial data center portfolios, although its outcomes are global in scope.

This article first appeared in FOCUS issue 34. To read the full digital edition, click here. Or download a copy for the iPad from DCDFocus.