Another development takes advantage of the city’s district heating system

The 5MW facility will become part of Stockholm Data Parks – a government-backed initiative launched in January 2017 that hopes to eventually supply 10 percent of the city’s heating needs.

Multigrid says it will also become the first data center in a major European capital to reach a net energy cost of €0.03 per kWh of IT-load. 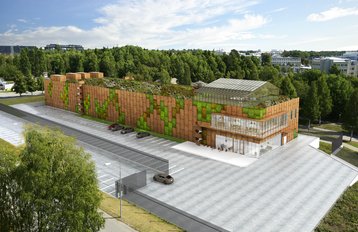 Multigrid was established with a specific purpose – to build and operate data centers in Stockholm that take advantage of the city’s extensive district heating system, the largest system of this kind in the world by the number of customers it serves.

Multigrid’s upcoming data center will be located in the district of Kista – the first of four sites earmarked for development by Stockholm Data Parks. The initiative is a joint project between the City of Stockholm, energy provider Ellevio, networking provider STOKAB and Fortum Värme.

According to Multigrid, at full occupancy its facility could supply as much as 30 million kWh of thermal energy per year – enough to heat 10,000 residential properties. It is scheduled to open on January 1, 2019.

In 2016, Sweden cut tax on electricity used in data centers by 97 percent, making the country much more attractive to data center developers.