Most US federal agencies off track on data center consolidation 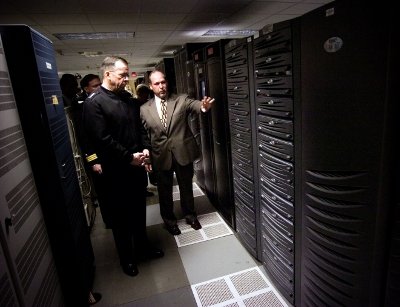 Most agencies of the US federal government are still unable to stay on track with the data center consolidation roadmap laid out by the White House in 2010, according to a new report by the Government Accountability Office (GAO), a watchdog government agency.

Agencies are having trouble with providing complete information on their IT facilities, equipment and energy use of the above. Their consolidation plans are supposed to include full master program schedules and expected cost savings, however, 13 do not have the former and 21 do not have the latter.

There have been successes in some areas. “The two most-reported successes were focusing on the benefits of key technologies and the benefits of working with other agencies and components to identify consolidation opportunities,” the GAO found.

A lot of the challenges agencies reported were the same challenges they reported by GAO in 2011. These included obtaining power-usage information and securing funding for consolidation.

In a report on progress of the initiative the GAO released about one year ago, it said only one agency had submitted a complete data center inventory.

In July 2011, Vivek Kundra, former US federal CIO who spearheaded the government-wide data center consolidation initiative, said the entire government could run out of only three data centers had there been a standardized approach to IT across the government.

A major barrier to implementing this vision, however, was the way IT was funded. Namely, agencies are forbidden from sharing funds, Kundra said.

““If we don’t solve that, none of the other stuff matters,” he said.