OpenStack has released Mitaka, an upgraded version of its cloud computing platform. Later this month, Mitaka will be discussed at length at the OpenStack Summit in Austin, Texas.

This is the 13th version to appear since the inception of OpenStack six years ago and the development path between the current Liberty release and Mitaka has focused on improving ease of use for cloud-deployment engineers and administrators. The open source community of 2,336 developers, operators and users have also worked together to improve scalability. 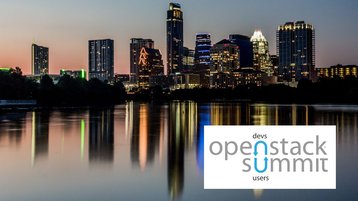 The number of manually-selected default options in the core compute service, Nova, have been reduced to speed up deployment. Security of the system has also been improved through the addition of multi-stage processes in the Keystone identity service. This has made tasks like  installation, running, authentication, and token distribution clearer and reduced the deployment to a single step.

Similarly, in Keystone, the number of API operations supported by the Fernet tokens in the secure messaging identity service has been increased.

Layer 3 routing in Neutron, the network management module, has been improved, especially in the area of Distributed Virtual Router (DVR) support. For example, where Layer 3 agents contained two classes, a centralised part and a distributed part, previous releases sometimes confused which type was more relevant. In Mitaka, this ambiguity has been removed.

Neutron’s ‘get me a network’ function remains as an ongoing project that has moved ahead in Mitaka. Its aim is to create a single-step process that will eventually simplify creating a network, attaching a server to it, assigning an IP address, and making the network accessible.

The OpenStack developers claim to have made significant progress on Cells v2 over the initial iteration which was included in the current Liberty release. Cells allows the partitioning of compute nodes into smaller groups, with their own database and queue, when horizontally scaling out OpenStack compute clouds.

Overall, the Foundation hopes that Mitaka will not only help the experienced cloud user but enable end users to develop or deploy applications on top of cloud resources without having to get involved with the intricacies of service APIs.

More details will emerge at the OpenStack Summit where products based on Mitaka will be launched. These will also feature in the OpenStack Marketplace.

The 13th version of OpenStack was named after Mitaka, a suburb of Tokyo. All of the release codenames are chosen by a condorcet vote of OpenStack Foundation members, but they have to be based on geographic locations where the corresponding OpenStack design summit took place. Earlier examples include Liberty near Vancouver, British Columbia, and Kilo, a town in France.